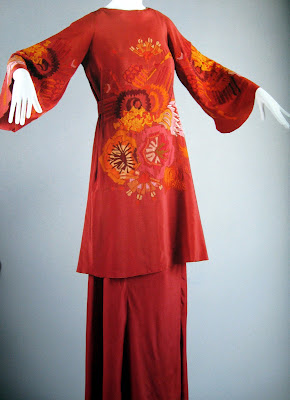 Here are some more luscious garments from that MOMA book I previously posted images of.
In 1927, an unknown designer has appliqued an abstract floral design on a 2 piece garment. 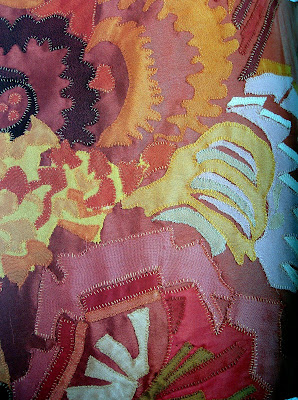 Yes, it does look 60s ish because that’s when there was an Art Deco revival. 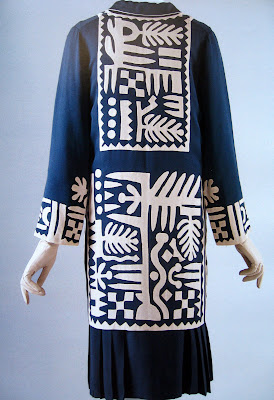 Mariska Karasz’s 1927 appliqued silk jacket would be misinterpreted if thought to be inspired by Matisse’s cutouts. Matisse didn’t start doing his cutouts until he became ill  and he first published them in 1947. It is now understood how much textiles influenced Matisse’s work so could it be he was inspired by Mariska’s work? His mother made fashion garments. However, it is said, both Matisse and Mariska looked to folk costume embroideries for inspiration.

Jean Lanvin’s wonderful 1927 evening coat of black cotton velveteen is embroidered with white wool. The radiating energy of the sun burst motif is so Art Deco.