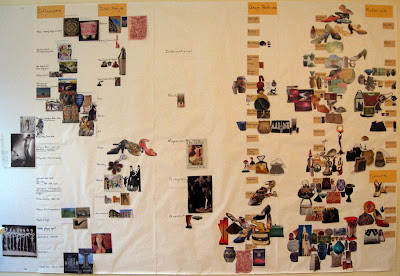 Here is an image of my design wall at an early stage of my Art Deco study. I grouped images according to influences on the movement, illustrations of why it was known as a ‘total’ style, design features, materials and colours. 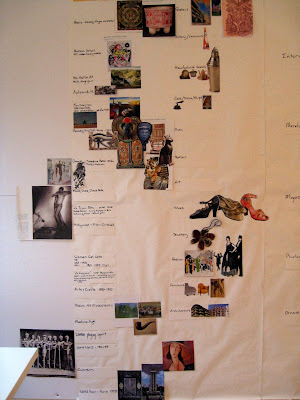 These are some of the influences on the movement. 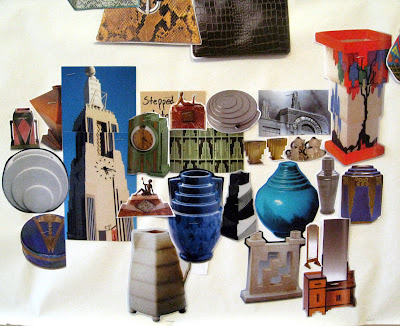 One of the predominant design elements that became obvious was the step motif and form. In Europe it seems to have been inspired by ancient Egyptian culture, while in North America the step design elements came from rediscoveries of Meso-American civilisations such as Mayan, Aztec and Incan. 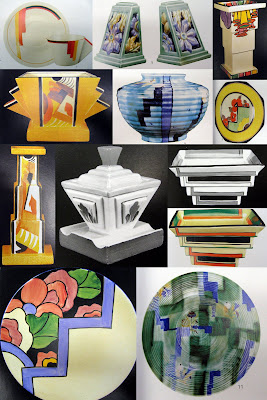 This is work by the British potter, Clarice Cliff, whose work was immensely popular in the late 20s and 30s. Throughout her career she used the step design element as a motif, pattern and a 3D form.
I wrote about the importance the step design in my assessment essay for the History of Design module. It seems to be a reoccuring element in many different cultures. It would be interesting to find out if there is any significance in the timing of these reoccurances. Also, that of the reappearance each time of bright orange in art, architecture and fashion.