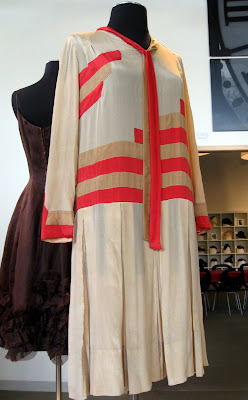 This semester I am doing the Art History: 20th & 21st Century module with the JC School of Textile Arts. I have chosen to study the Art Deco Movement, which happened between the world wars, 1920 to 1940. It is proving to be a most interesting period to study.
Since the summer I have been collecting images of all things Deco and have built up quite a collection I have been able to use in my assignments.
This silk georgette dress, 1920, was in the summer exhibition in the National Costume Museum in Winnipeg. 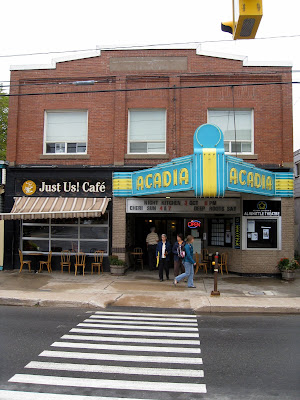 While in Wolfville, Nova Scotia I recognised their Art Deco style cinema. Like so many cities and towns across North America, in fact around the world, cinemas were built in the new style to be able to house the new popular form of entertainment. 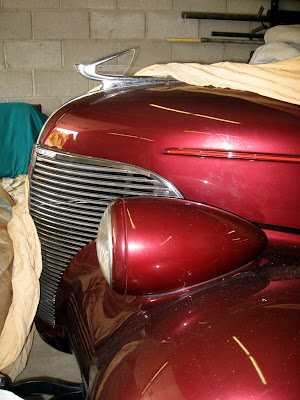 Art Deco has shown up in the most unexpected places. In an earlier post I showed this Art Deco treasure stored in a woolen factory behind bales of wool, in New Brunswick. 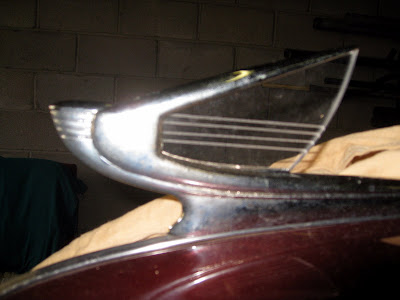 Know as a total style, the Art Deco aesthetic was applied to literally everything, from flour sifters to car hood/bonnet ornaments, which meant everyone who had even a little money to spend could participate in the movement and be seen as modern. Finally art/craft/design came out of museums into people’s daily lives and wasn’t elitist.
Three cheers for Art Deco.