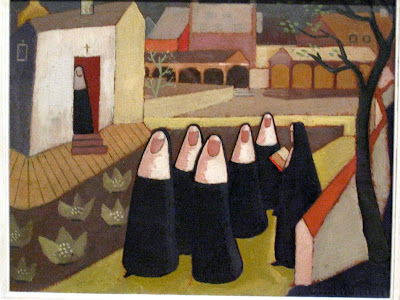 Jean Paul Lemieux, Sketch for “The Ursulines”1951
This work caught my eye because we had spent a morning doing research in the Ursuline Museum.
Evidently the artist spent about 2 years working on this idea for a painting. 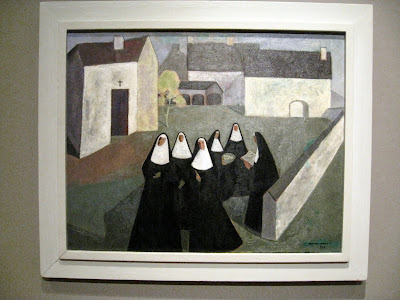 It’s final form was a big change in style from his earlier works.
He entered it in the 1951 Quebec Art Competition and won 1st prize. It was bought by the art organisation.
In 2011 they also bought the sketch and were able to put the 2 together.
“Finally united, the two pieces provide access to Lemieux’s thought processes at a turning point in his career”. 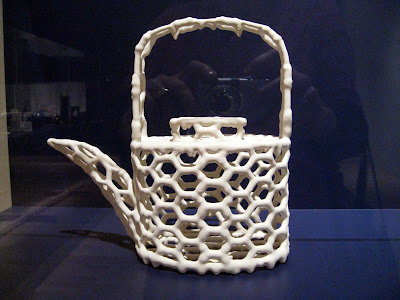 We saw a retrospective of Leopold L. Foulem’s work, mainly ceramics.
This teapot was my favourite. 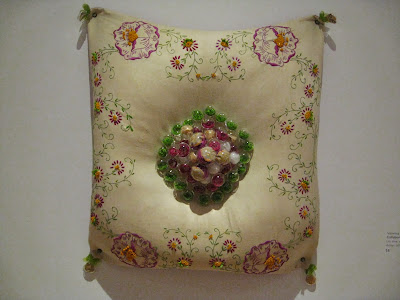 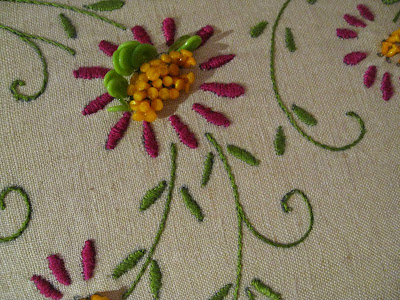 It looks as though Vanessa used vintage iron-on transfers to place the motifs on the cloth imitating the embroidered table cloth but here the motifs are not placed in the conventional locations. She then embroidered the motifs in the traditional way using silk thread.
Glass embellishments were added. 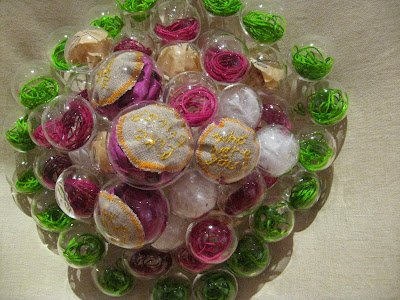 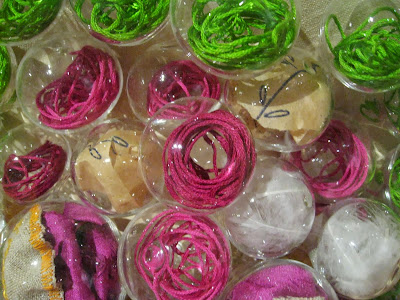 …filled with samples of the embroidery thread and transfer patterns used, feathers and pieces of transfer printed cloth.
This cushion was included in a very interesting exhibition of many different works made of glass.

0 thoughts on “Art in Quebec City”