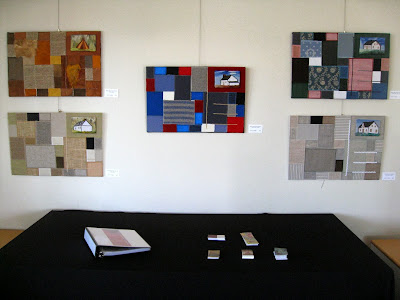 Here is my Postcards From Fundy series where I looked at the history of human settlement in the Bay of Fundy through the textiles the people made, wore and used. 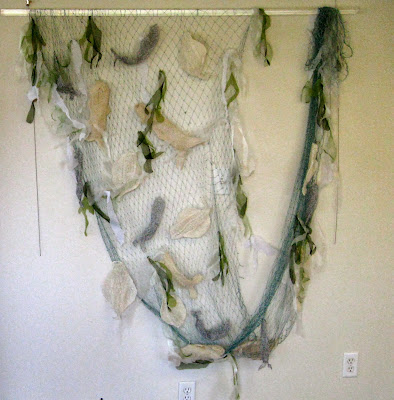 When people entered the gallery Wendy Klotz’s “Lost at Sea” work greeted them. It was so moving to talk to a man who had worked as a fisherman in Nova Scotia in his youth.
Wendy’s work is about the statistic that as a Nova Scotian fisherman you are 19 times more likely to die on the job than any other occupation. She knitted 19 fish. 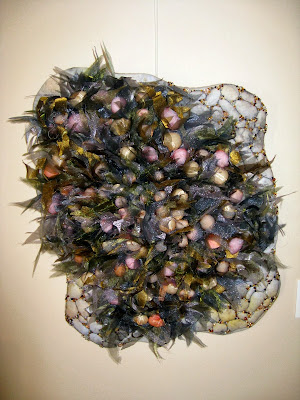 Miriam Birkenthal’s ‘Fundy Algae’ caused most people to put their faces very close to the work to more clearly see the details in her bead work. 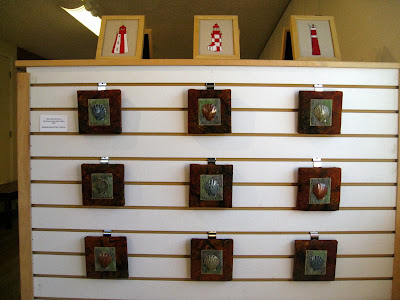 Wendy thread painted a series as a memorial to the now closed Bay of Fundy lighthouses.
Barbara McCaffrey made a series of small 3-dimensional studies of bivalve shells, found as ancient fossils in the Bay of Fundy and still found on beaches today.