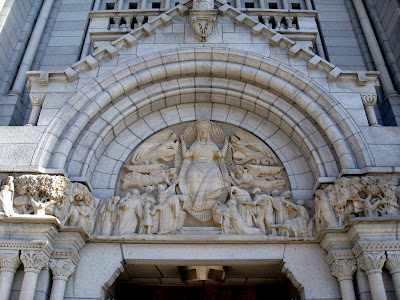 During Articulation’s study week in Quebec we visited many churches but this was my favourite.
The Christian religion and the Bible are not big on acknowledging our natural environment.
Saint Anne’s is different. 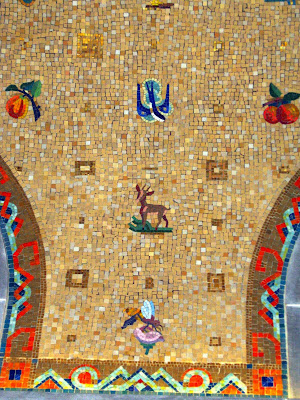 The ceilings are covered in mosaics with small ecological motifs. 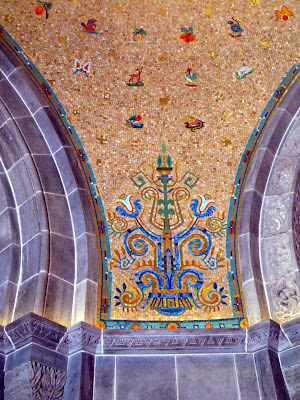 I added more ‘Tree Of Life’ motifs to my collection. 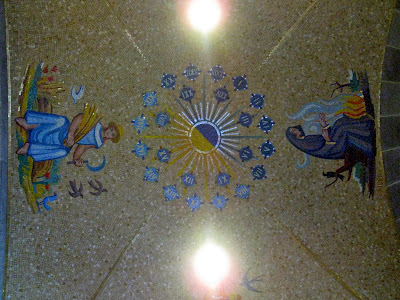 Unlike most Christian churches, females feature prominently.
A ceiling mosaic: working in the fields during the day, sitting by the fire at night.
There are lots of images of women with birds and flowers. 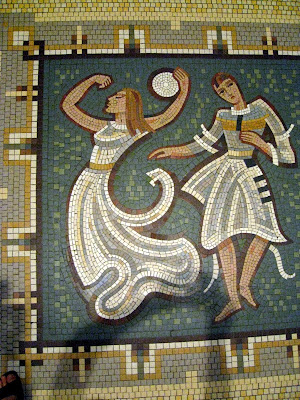 Dancing with abandon – on a church floor! 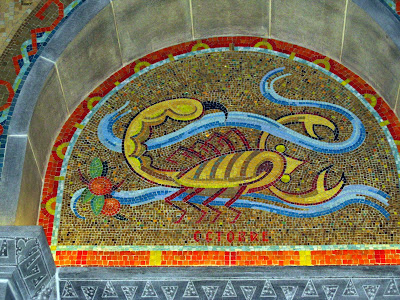 The zodiac!
The triangle in the 2D repeating pattern is an ancient female symbol. 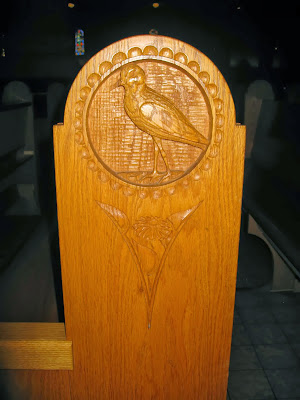 A very beautiful, subtle decoration is carved into the ends of the wooden pews.
There is that triangle again, 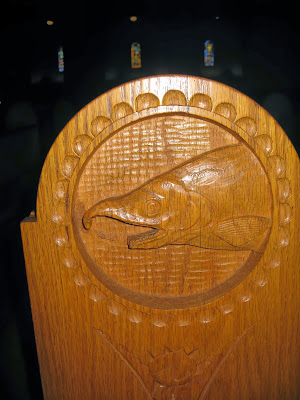 Every pew has a different animal or bird and a flower in a triangle. 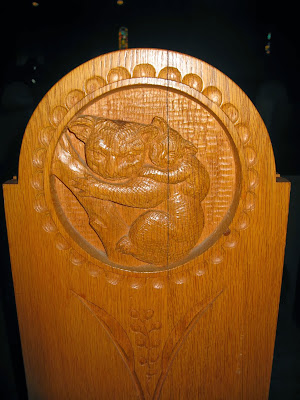 There must have been several hundred of them.
‘Saint Anne’s is the oldest pilgrimage site in North America, beginning in 1658 as a shrine to the patron saint of Quebec.’
After several fires the present building was started in 1923.
If you click on the blue name of this post you will see a short video of the interior. Thanks Orangethingy for sharing.