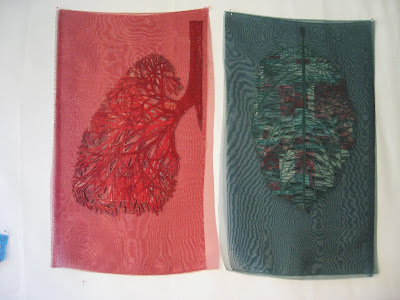 Hemoglobin: Chlorophyll
After sewing the motifs I auditioned many red/green permutations for the sheers going over the top and behind the cut out motifs.
First decision was to settle on the right red and the right green sheers.
Auditioned 2 layers of red with the lung sandwiched between and the leaf between two layers of green. 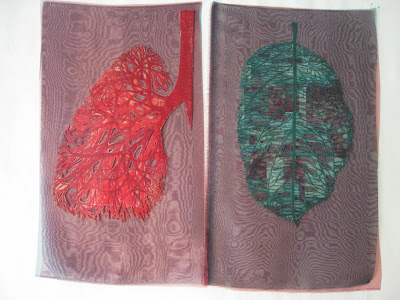 Red behind with green on top for both motifs? 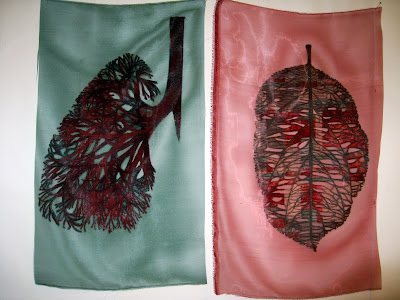 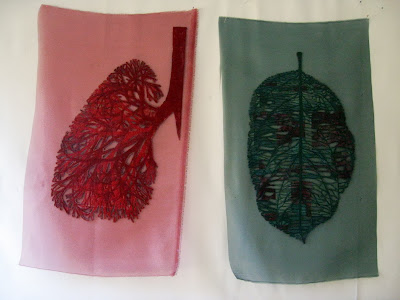 Red and green on white? 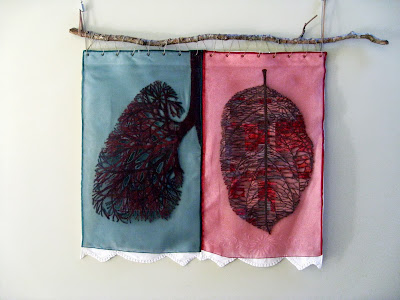 I settled on green over the lung and red over the leaf with white behind.
I opened up a soft, well-worn pillowcase, added the sheers then suspended the motifs between the 2 layers.
These images don’t show the shadows on the white cloth from the cut out motifs.
Adding the snag found in the forest was an easy decision.
Done – all decisions made.