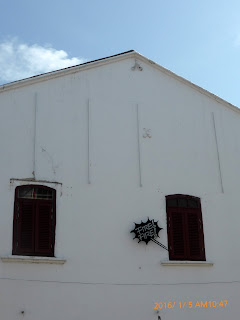 ‘Marking George Town started off as a competition initiated by the Penang State Government to physically brand George Town as a UNESCO World Heritage Site. In 2009, an international competition was held aimed at exploring innovative ideas in art and design for public spaces in George Town.’ 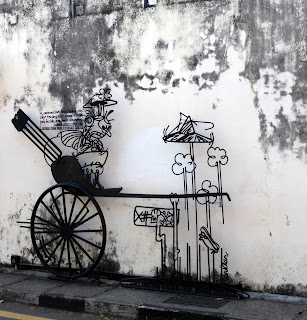 Cannon Hole
A canon shot fired during the 1867 Penang Riots made a large hole in this area, hence the name. Location: Lebuh Cannon.
‘Out of the 40 entries within the country and from abroad, sculptured work triumphed with its design concept of ‘voices from the people’. 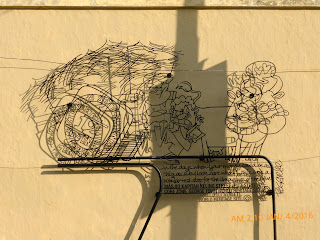 Bullock Cart Wheel
In the days when your money could be as “big as a bullock cart wheel”, this was a popular rest stop for limousines of the time. Location: Jalan Masjid Kapitan Keling.
‘Subsequently, 52 unique and humorous illustrations in the form of iron rod sculptures were installed against the city’s building walls.’ 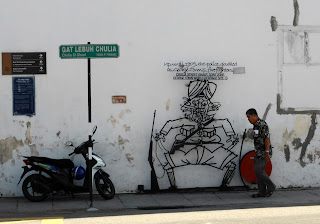 Double Role Fire! Fire!
‘Up until 1909, the police doubled as George Town’s firefighters. Location: Gat Lebuh Chulia.’
The fire hose attached to the wall has been incorporated into the understanding of the sculpture. 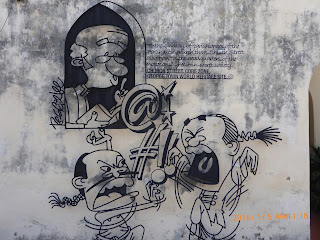 Quiet Please
‘To the dismay of parishioners of the Portuguese church there, Church Street also housed the headquarters of the notorious Ghee Hin secret society. Location: Lebuh Gereja.’
In the hot humid equatorial climate the steel sculptures are aging well and can still be seen clearly while the walls age and develop an attractive patina. 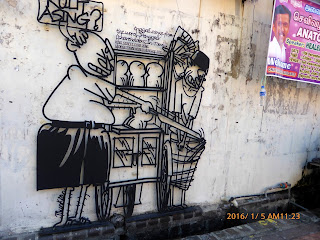 Roti Benggali. Kulit asing?
‘Roti Benggali came from the word, ‘Penggali’ (shareholder’ in Tamil). Location: Lebuh King.’
The humour and style remind me of the work of the famous Malaysian cartoonist Lat. 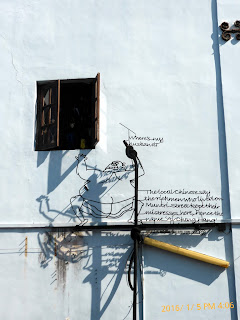 Cheating Husband
Location: Love Lane.
Shadows cast by the art on to the walls at different times of the day add a changing dimension to the works. 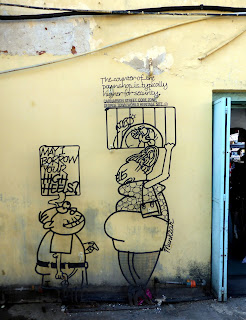 High Counter
‘The counter of the pawnshop is typically higher for security. Location: Lebuh Camarvon.’ 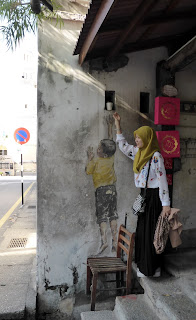 Boy on Chair
‘In the George Town Festival 2012, Earnest Zacharevic was commissioned to paint a few murals…Since then, a few other artists have also contributed to the current street art popularity in George Town.’
These murals are popular photo opportunities with people participating making it a tableau vivant, a living picture. 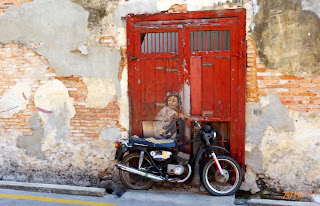 Old Motorcycle
Location: Lebuh Ah Quee.
Like the chair in the previous mural, the actual motorcycle is real. The art work is titled after the motorcycle but it is the boy that has been painted. 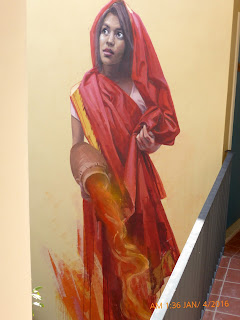 We stayed in the Spices Hotel, an award winning renovated building. A guest, a Russian woman, painted this 2 story mural on the wall beside the stairs up to the second floor 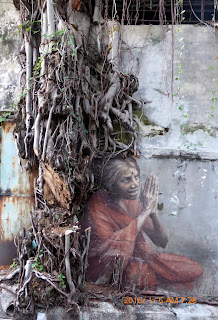 She also painted a portrait of this well known ‘street’ person. She chose to tuck her under the roots of an ancient tree that has become part of the wall. 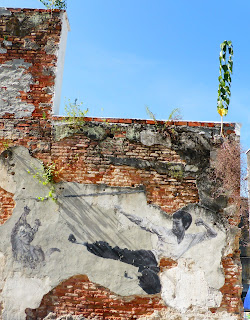 Bruce Lee
Location: Lebuh Ah Quee
The picturesque decaying walls are so much part of each mural. 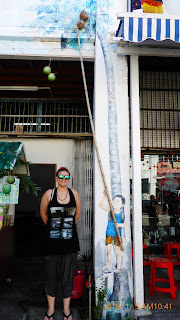 Elizabeth stands beside a mural. I couldn’t find out anything about this one. It is just one of so many waiting to be discovered down narrow lanes, on pillars and high up on walls. 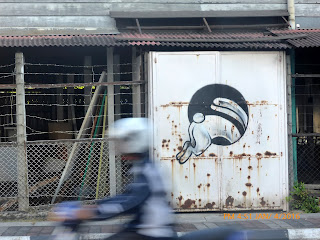 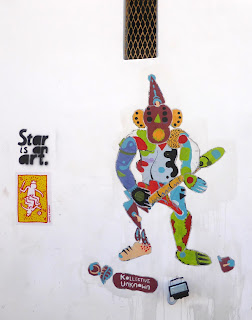 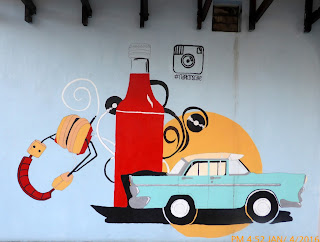 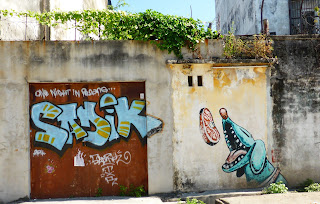 The work on the left could be considered graffiti in style and purpose. 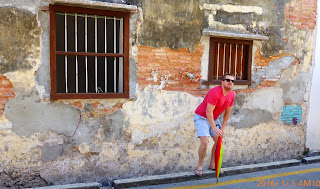 Sebastian waited by this wall art to make sure I didn’t miss it as I tried to take photographs and keep up with the family group. 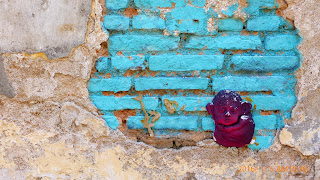 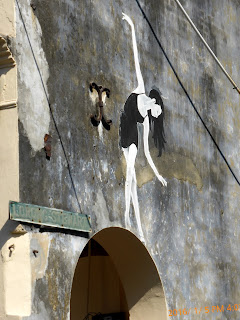 There is so much to see and do and explore in George Town, all within walking distance.
Each day I had to pick a theme or 2 to focus on otherwise I would have been in a constant state of sensory overload. What a wonderful place.