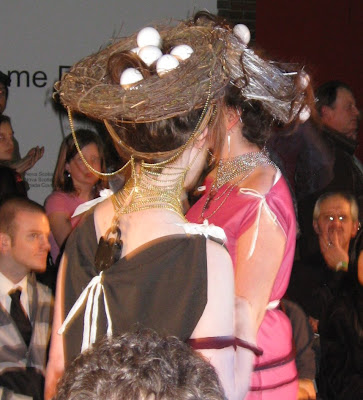 This is Taryn Mckay’s entry in the ACAD Artawearness IIX perfomance earlier this year. “The nest headpieces I have made represent fertility & the female. They symbolise a major role that women play in society as mothers & caretakers. Each piece speaks about an issue or decision that all women are faced with in their lifetimes.” 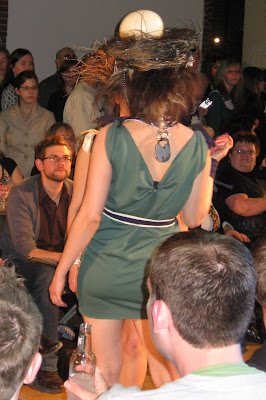 I commend Taryn for tackling an important issue in such a quietly powerful way. Notice how she has made the audience focus on the individual faces of her models 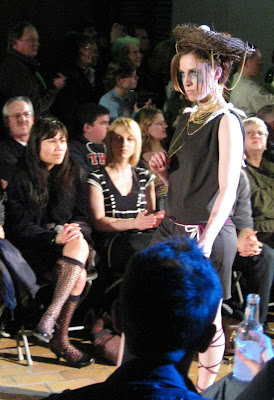 I like this shot where the 2 women are not looking at the issue that affects them directly while the male in the foreground appears to follow the Western academic tradition of the active male viewer looking at passive female models.

0 thoughts on “More on the Feminine”