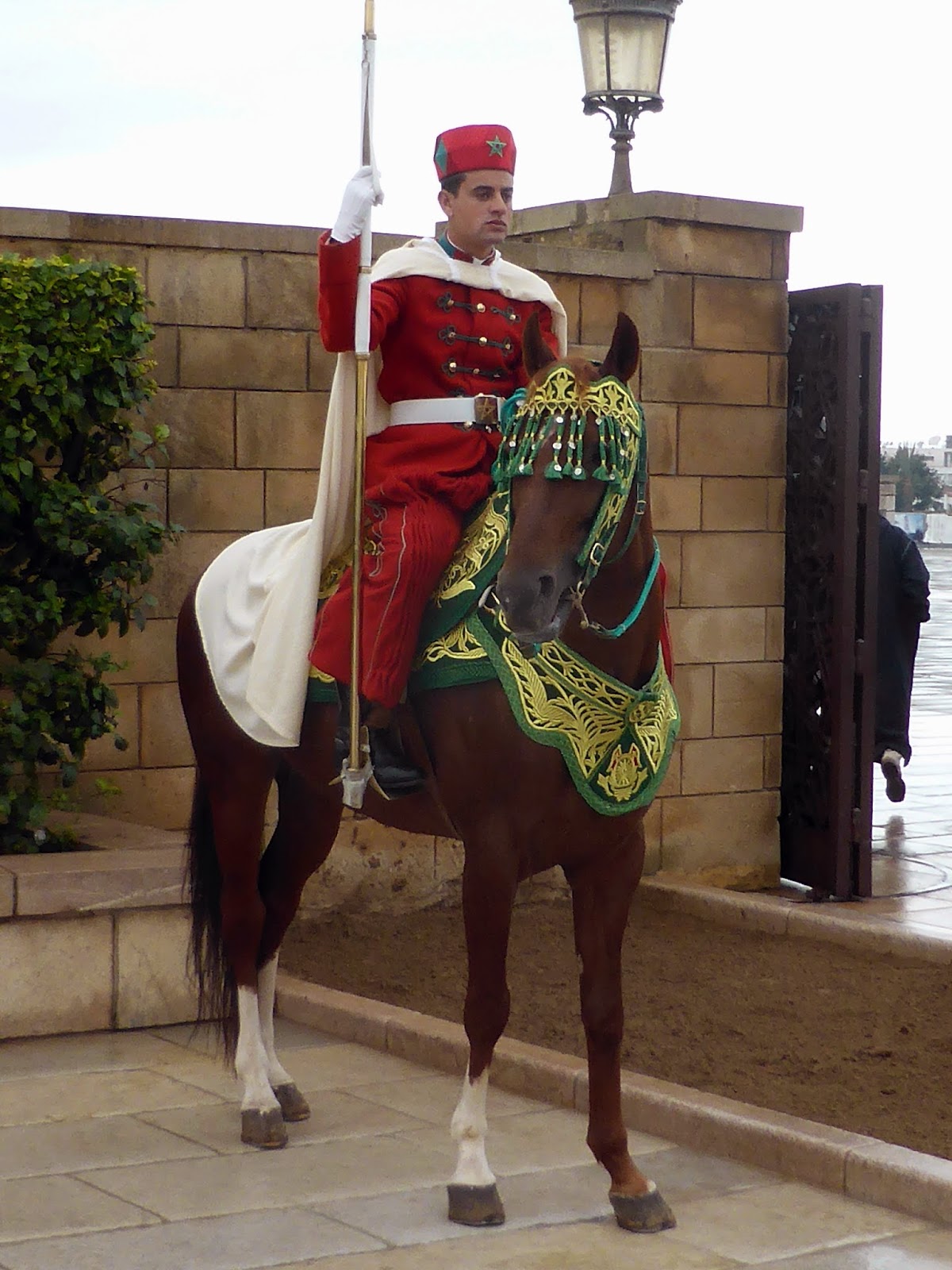 Morocco has a number of different official uniforms but this was my favourite – red serge wool.
The horse is decked out in various embellishments similar to the ones I showed here 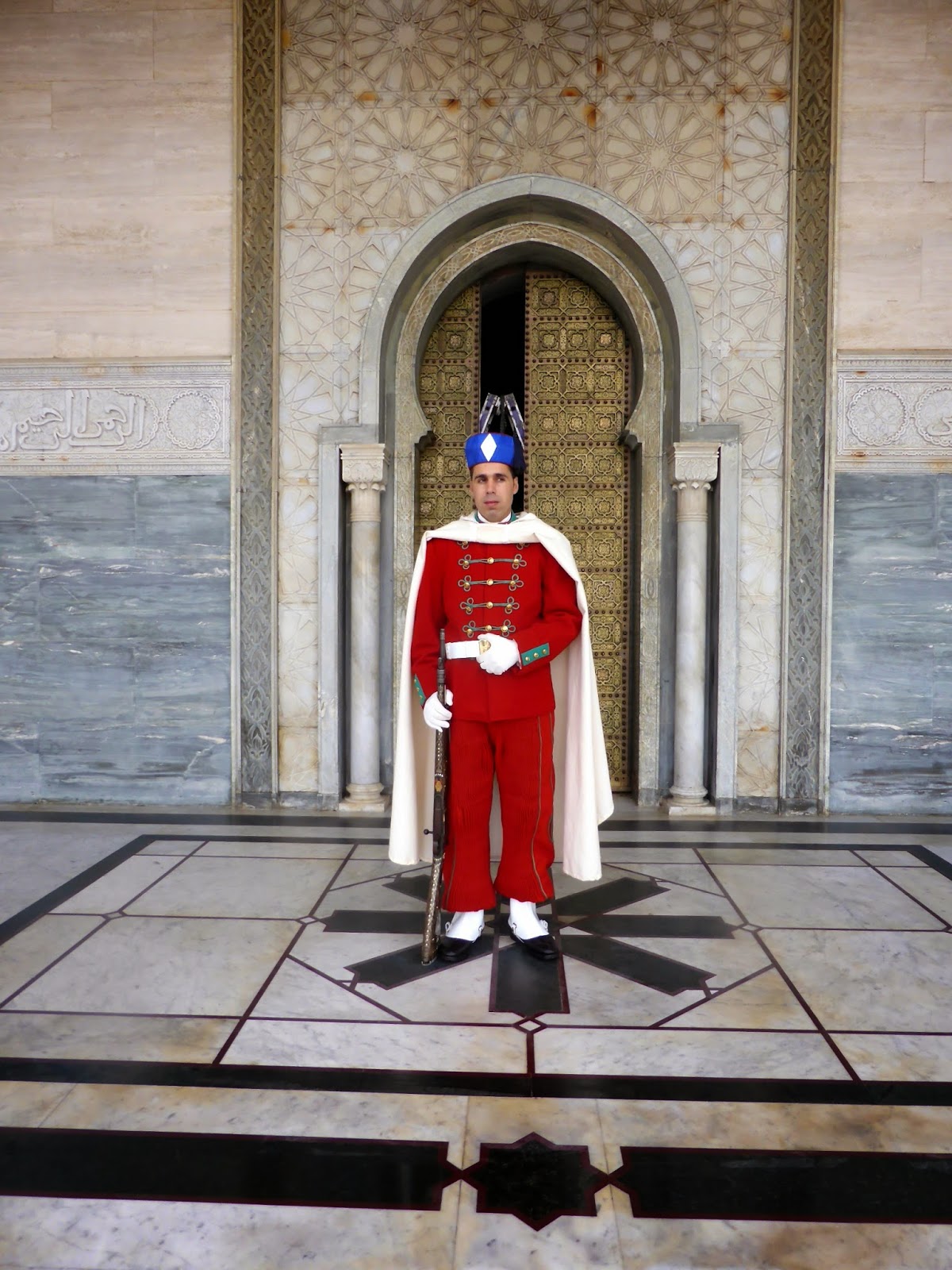 Those trousers warrant a closer look. 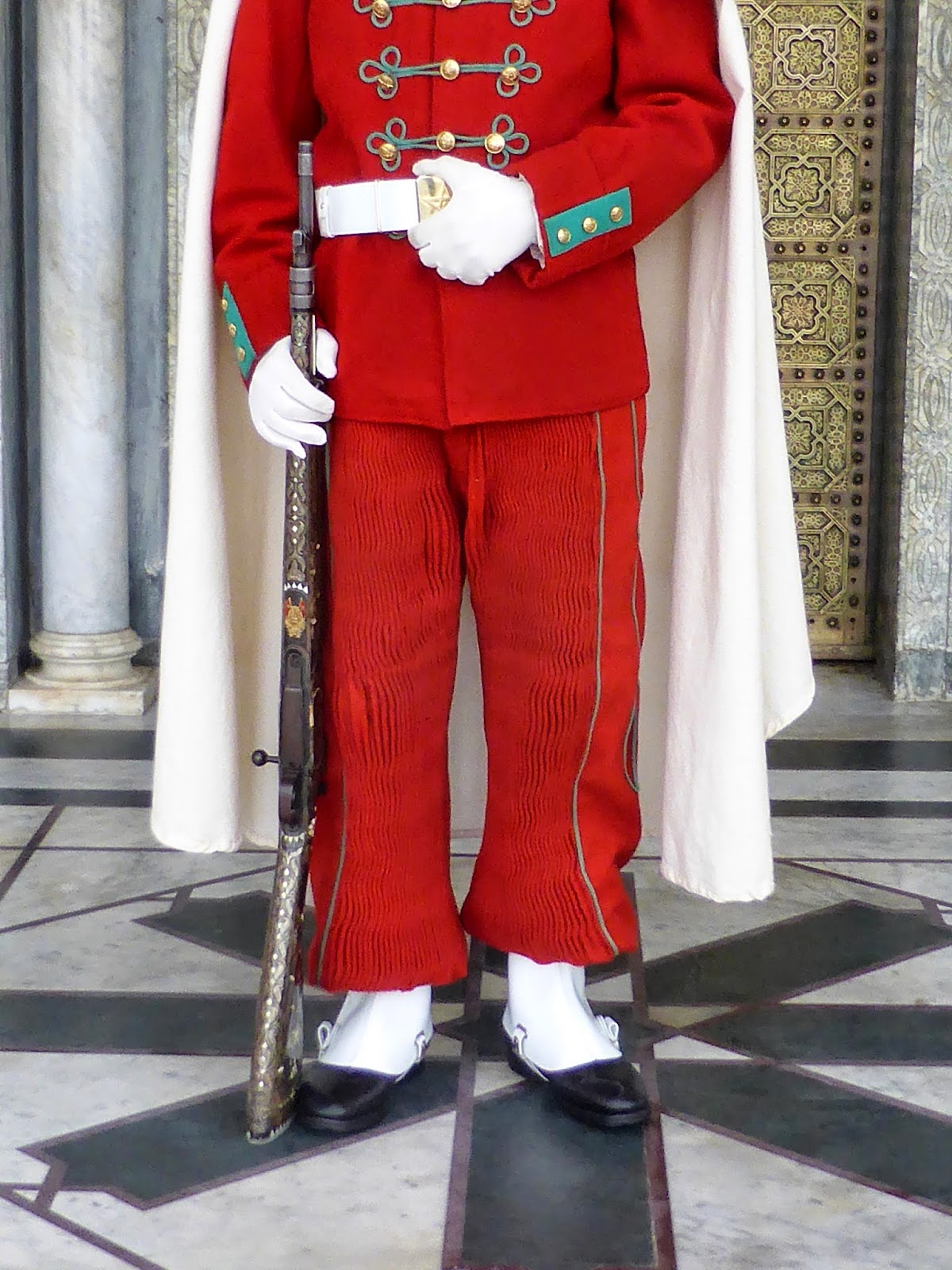 They are finely gathered, as prep for smocking, the full length of the inside panels, allowing for great ease of movement when riding a horse or running after bad guys. It is a different solution to the other famous red serge uniform belonging to the Canadian Mountie, who opted for flared hip pants, originating from the Indian jodhpurs, for ease when riding.
The bunched up fabric makes many layers that trap air making them very much warmer than just a single layer of fabric. It is such an interesting variation on thermal insulation for a garment, compared with quilted layers of fabric. 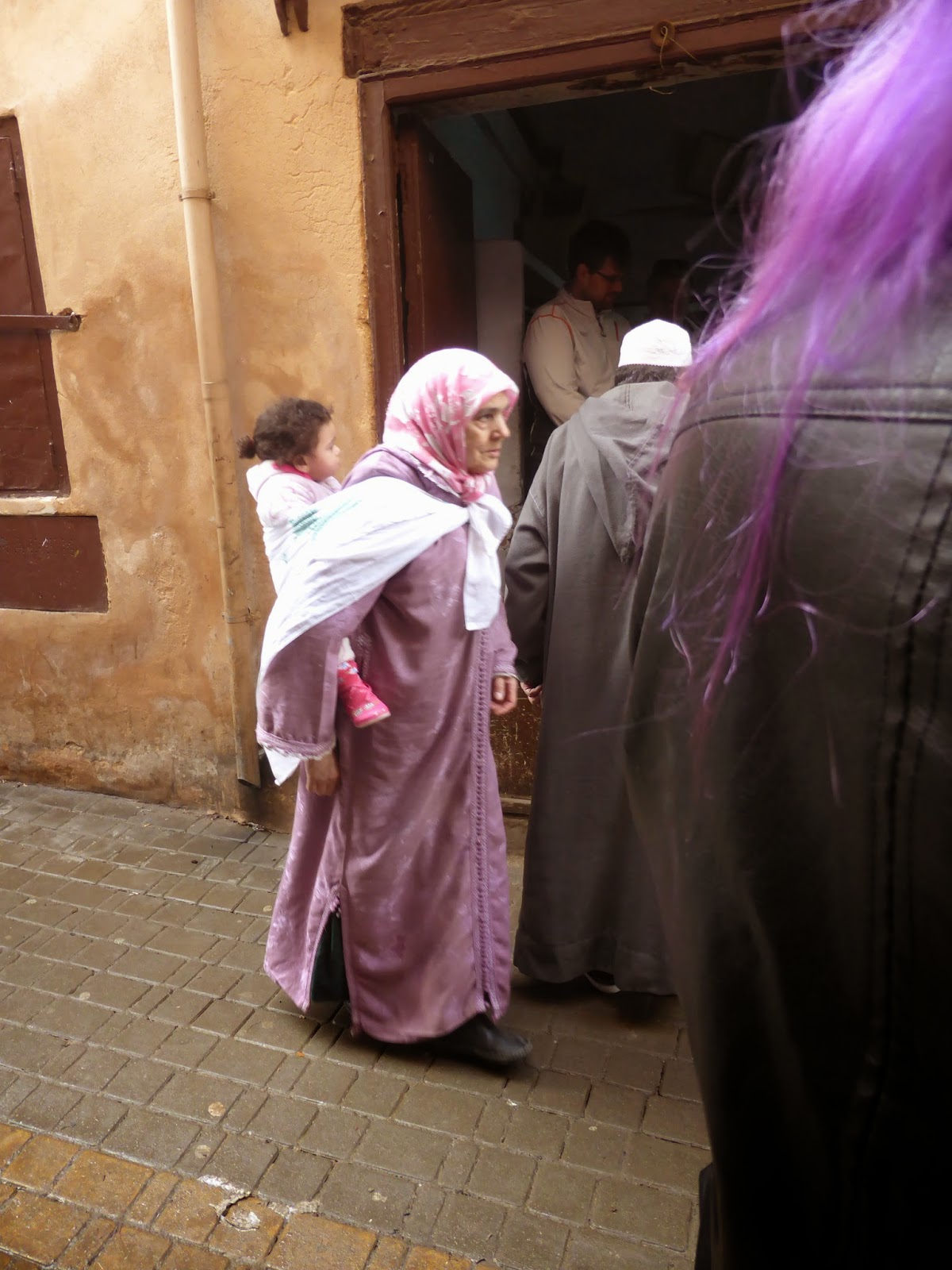 When traveling I notice how women carry their children, particularly the traditional methods as opposed to encasing a child in a plastic carrier – don’t get me started…
This woman is carrying a child on her back, leaving her hands free to do tasks and to carry things. 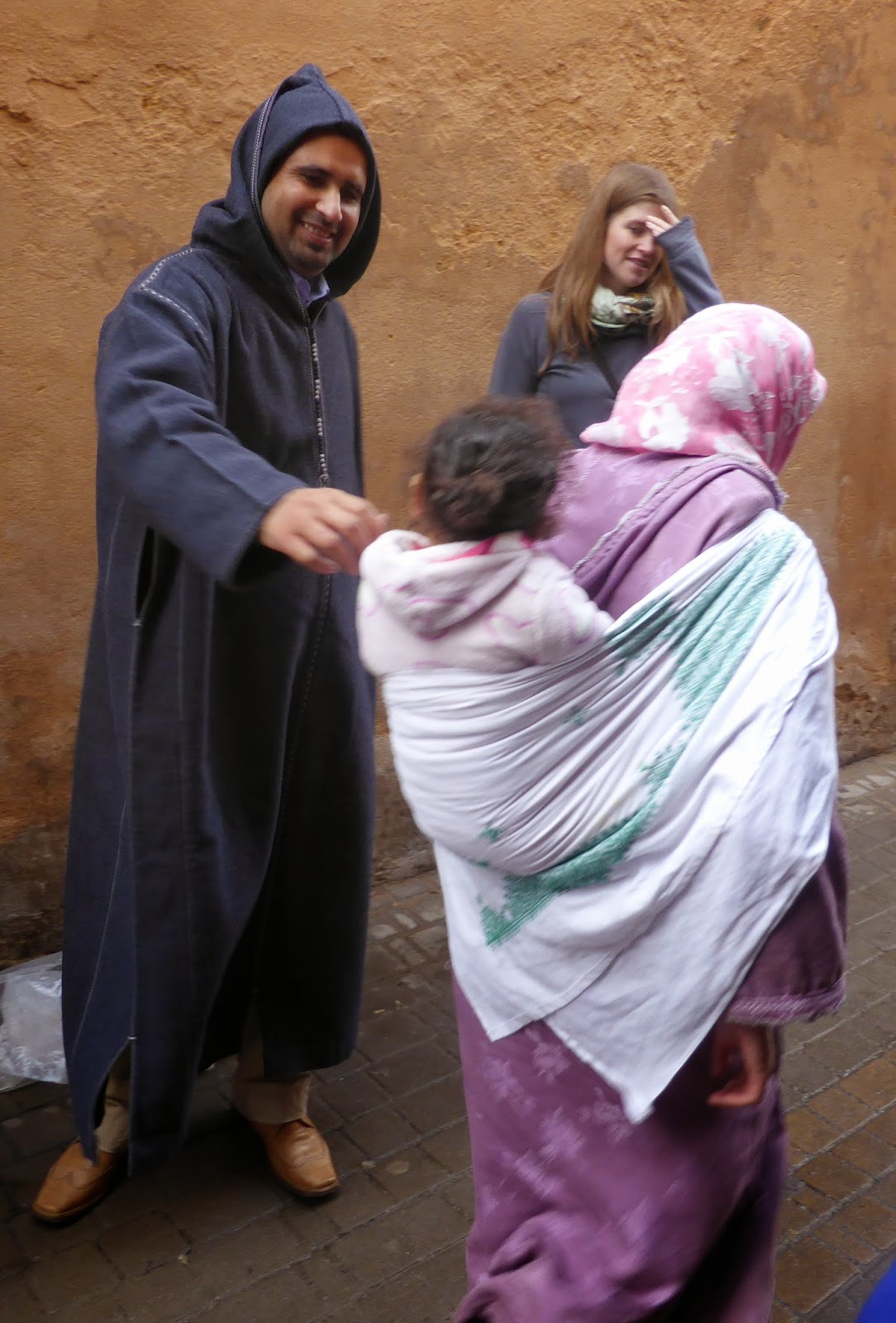 She has folded a large, square cloth diagonally and tied it across her shoulders. The child is safely off the ground and protected by the womans’ body. The child has close contact with the woman while enjoying a stimulating view of her passing world.
We noticed Tahar’s face light up whenever he saw a child and he often reached out to touch them affectionately. We decided he liked children and was maybe missing his own who were back at home. 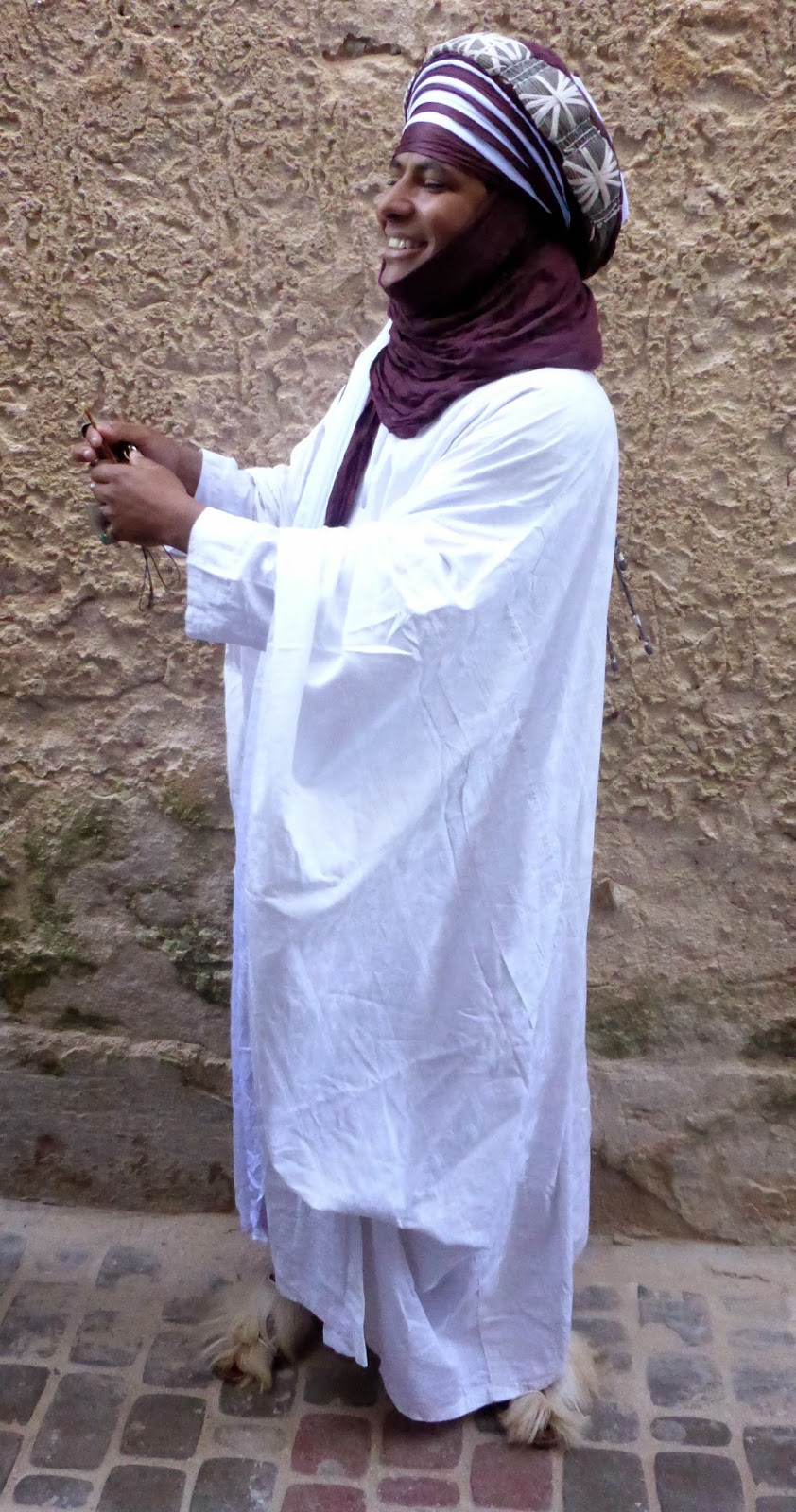 While cruising a medina’s labyrinth of streets, we met up with one of Tahar’s cousins. Tahar and his cousin are Tuareg Berbers. His cousin was wearing their traditional dress and looked magnificent. 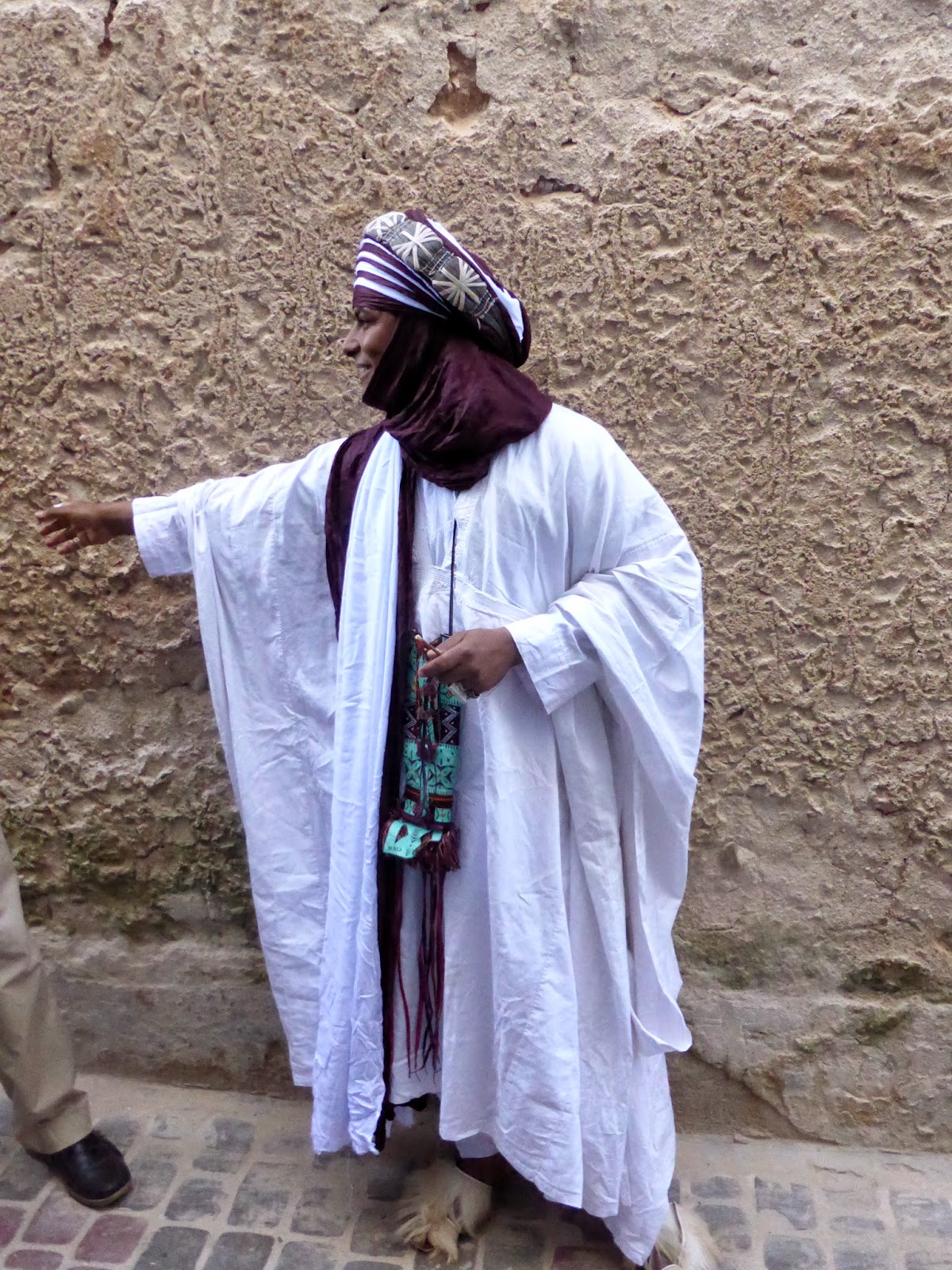 The white over-garment and shoulder scarf was a dramatic foil for the deep purple head gear and fringed scarf. His goat-hair, slipper-styled shoes are designed to be ideal for walking in the Saharan sand of the Tuareg’s tribal lands. 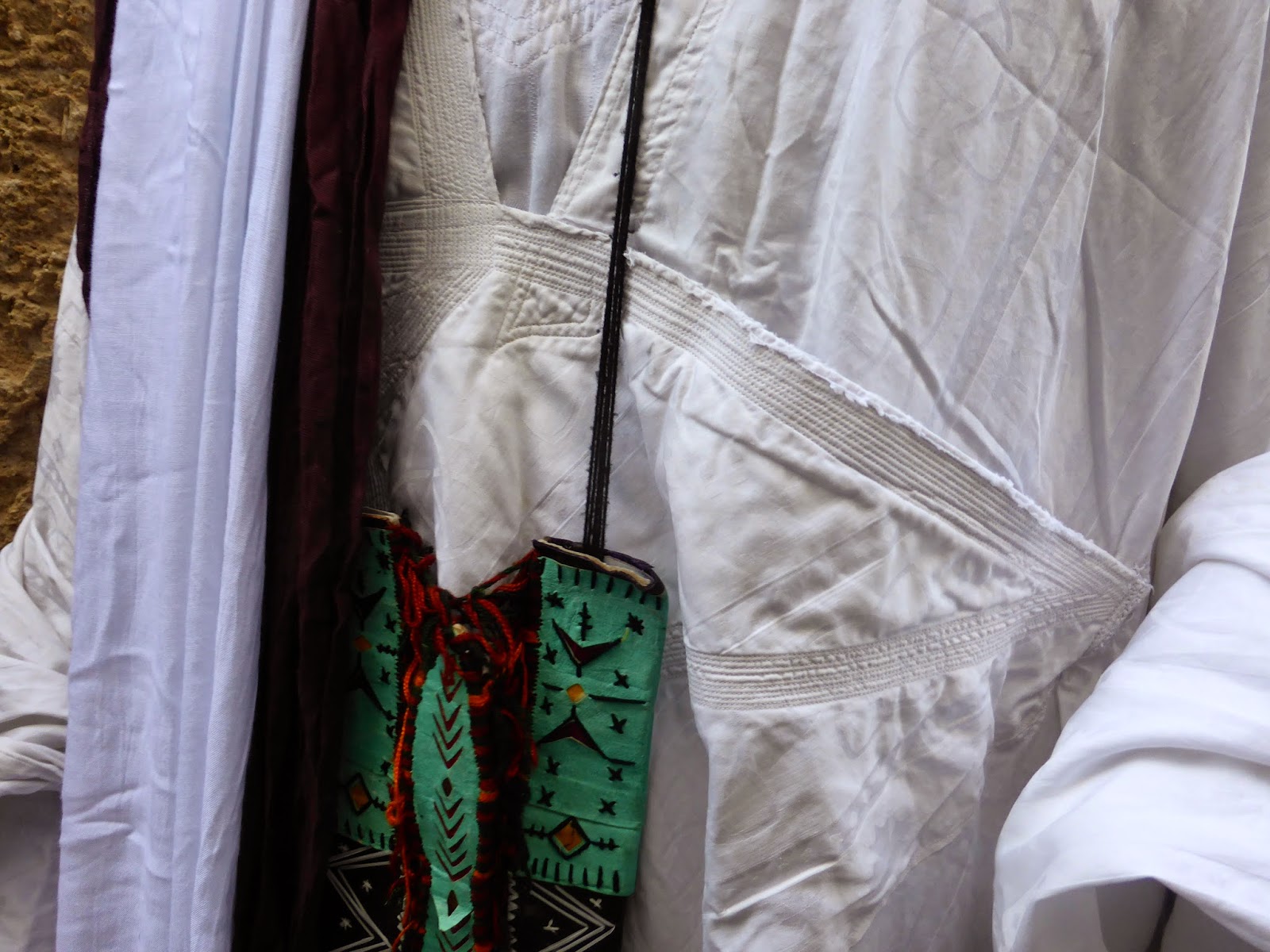 The simple embellishment of the white garments contrasted with the elaborately patterned leather bag and silver jewellery. 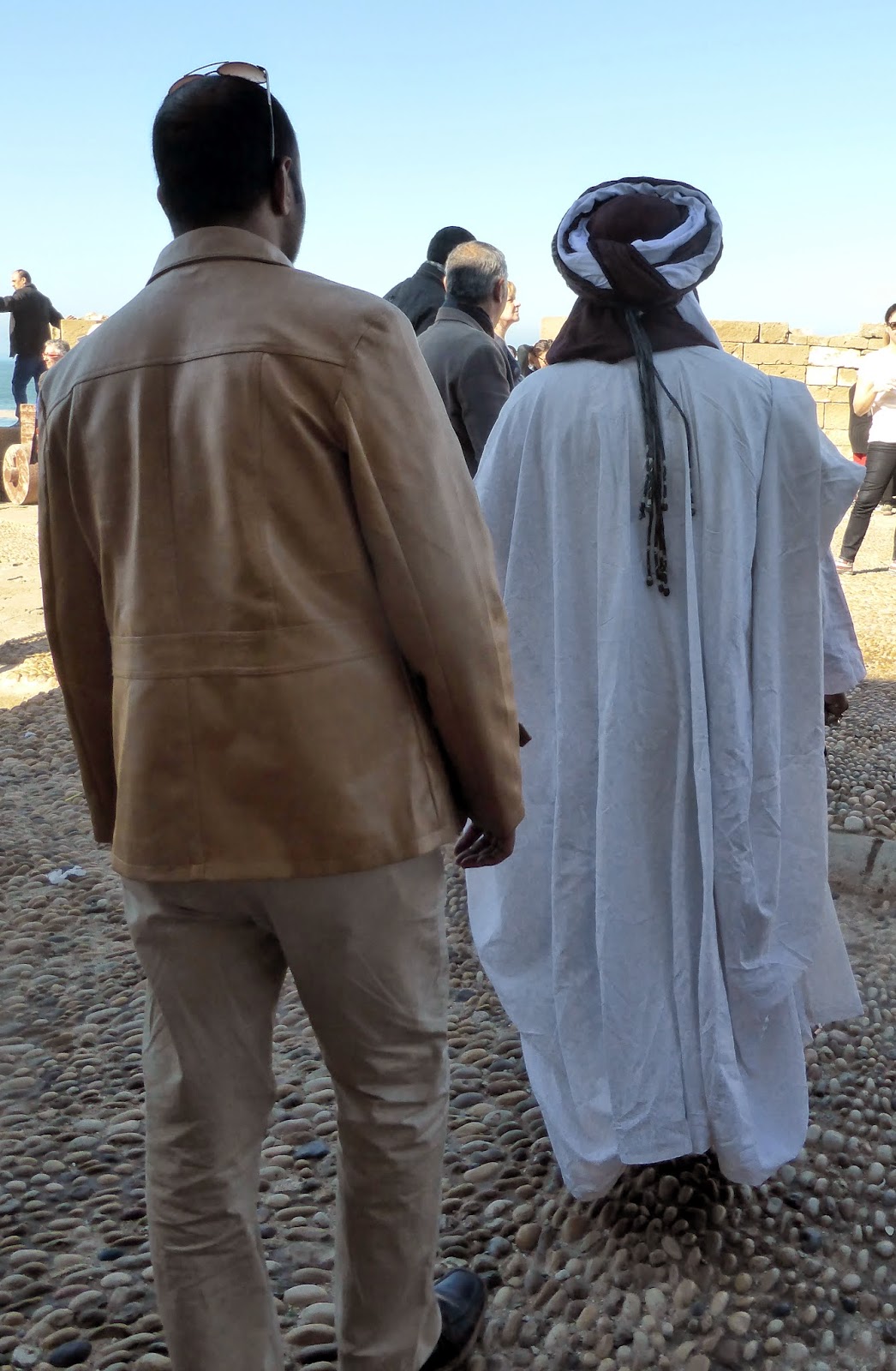 Tahar has transitioned into a modern-day nomad, travelling repeatedly around his country with groups of tourists. His clothes reflect his new urban life and are in contrast with his cousin’s traditional garments.