The big and exciting news in my life is I am getting a studio built.
So far it has taken many hours of planning, discussion and decision making. I developed my ideas to the concept stage, incorporating the studio into my back yard project. We have been working with architect Jonathan Aitken Aitken Design who has ably translated my ideas and sketches into a realistic design.
A surveyor came out and marked out the building footprint. The person who approved the house septic system was consulted as to its exact location. An engineer was consulted for an initial design of the building structure for the building permit.
There was little to show for all of this activity and money spent, except for a few test holes dug and some pegs in the ground with plastic ribbon around them.
Plans were submitted to the city for approval and, to Jonathan and husband Ron’s credit, a building permit was issued in a record two weeks. 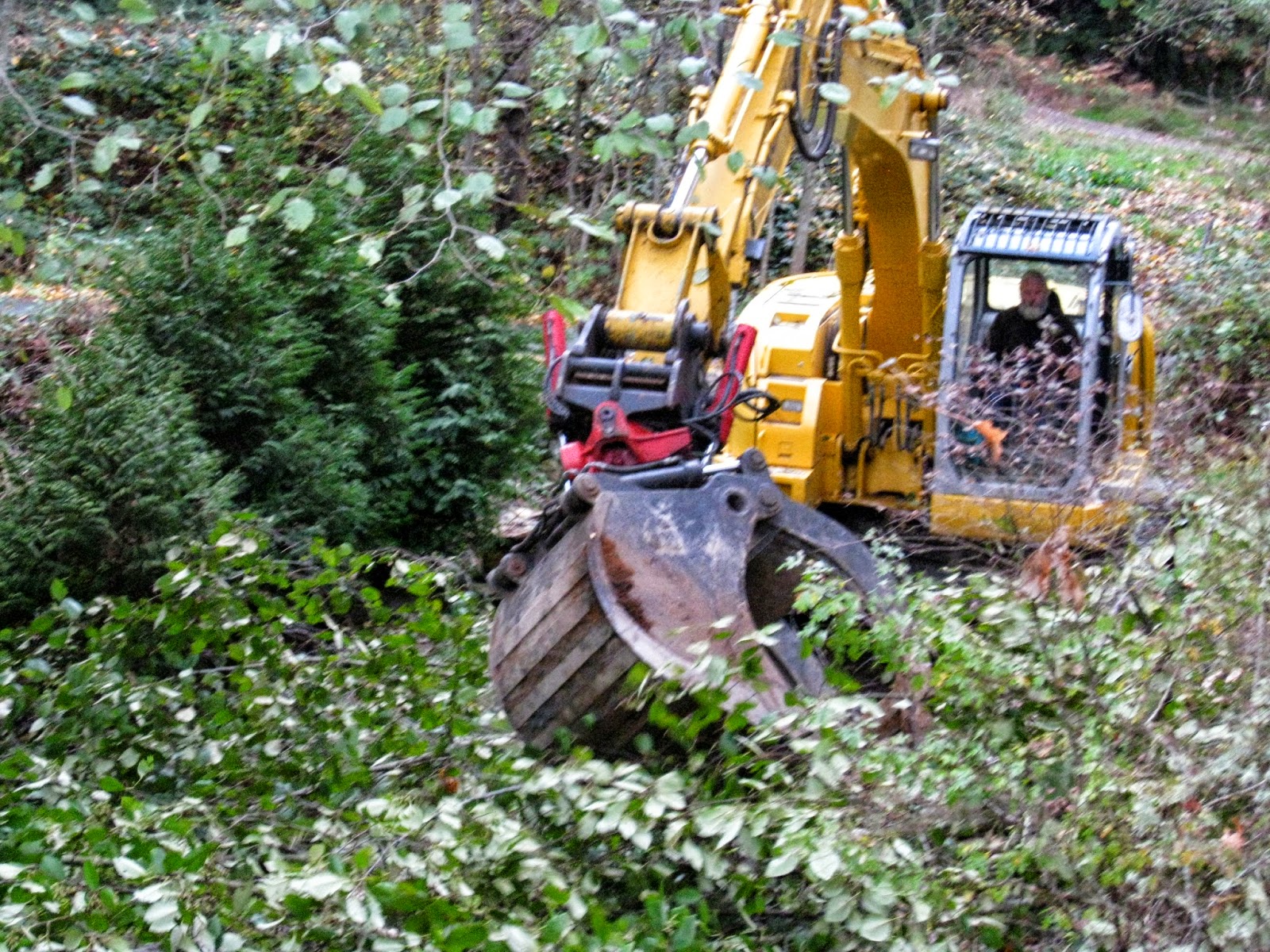 Then Tom Mann, of Pioneer Excavating Services, appeared on the scene with his monster machine. Tom looked like a transformer sitting inside his machine, controlling it with such care and skill. 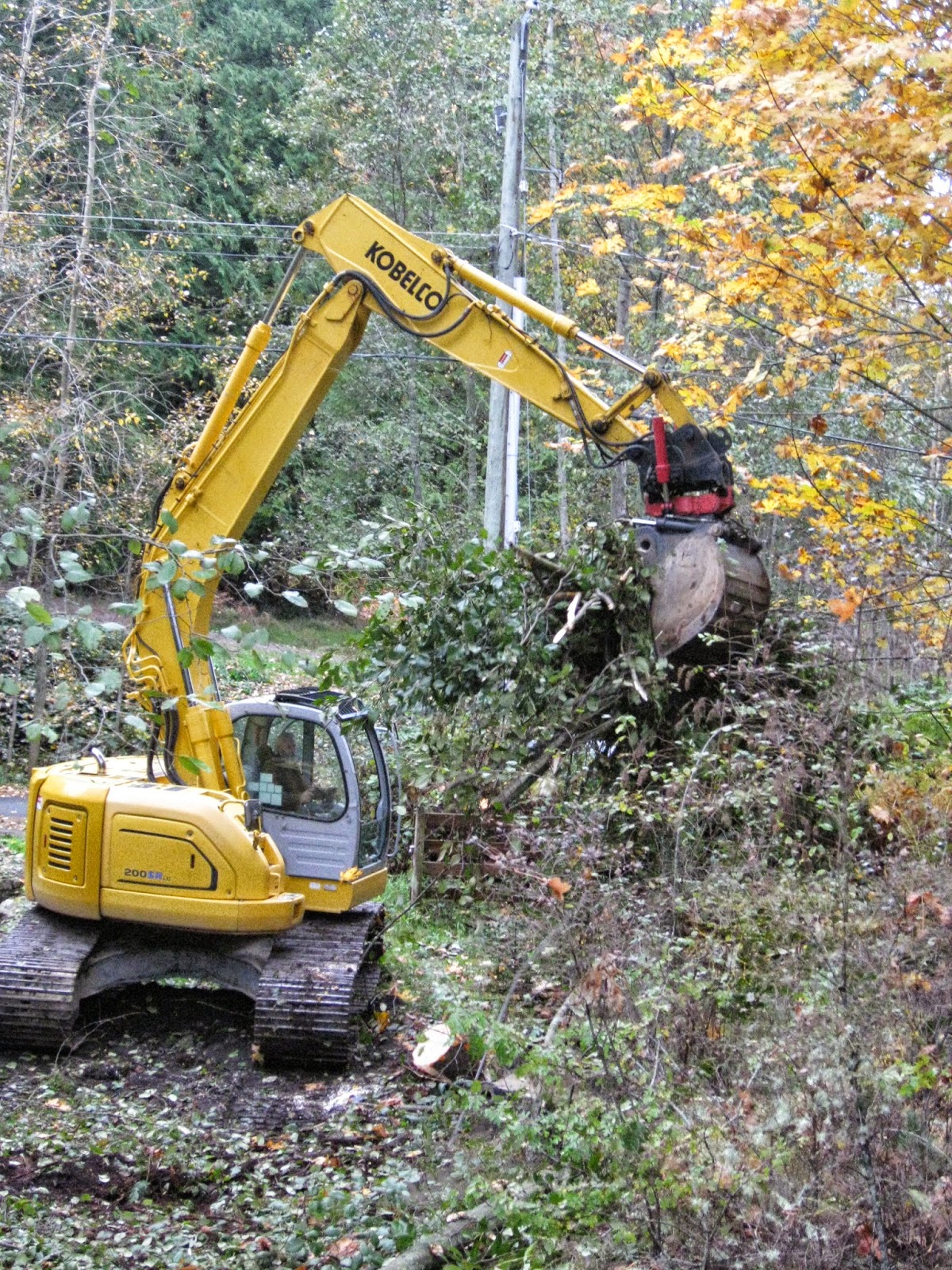 He cleared the old track that had been used as construction access when the house was built 12 years ago. 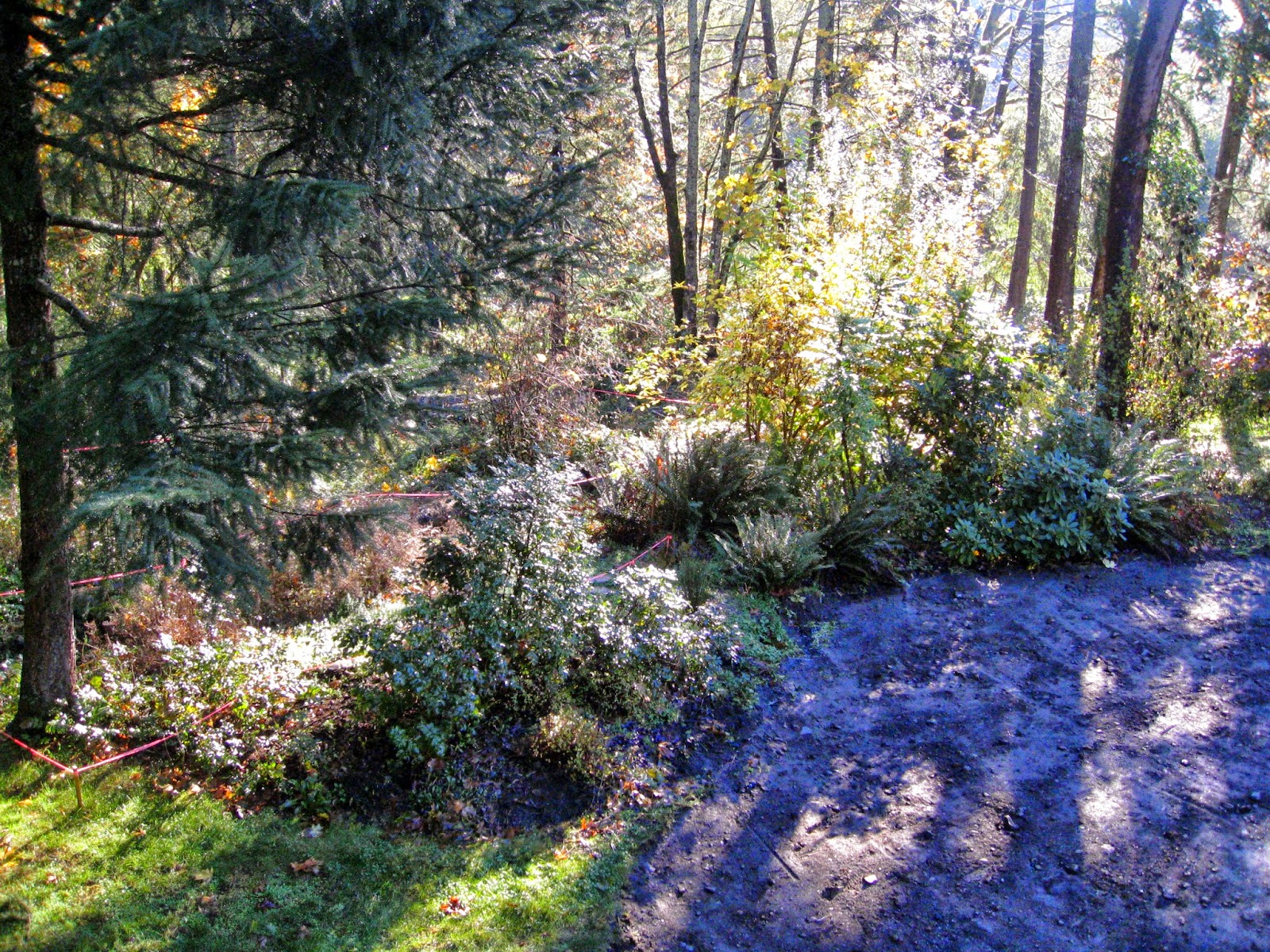 He carefully took off the grass and top soil and piled it up.
This is the garden bed where the front of the studio will go. 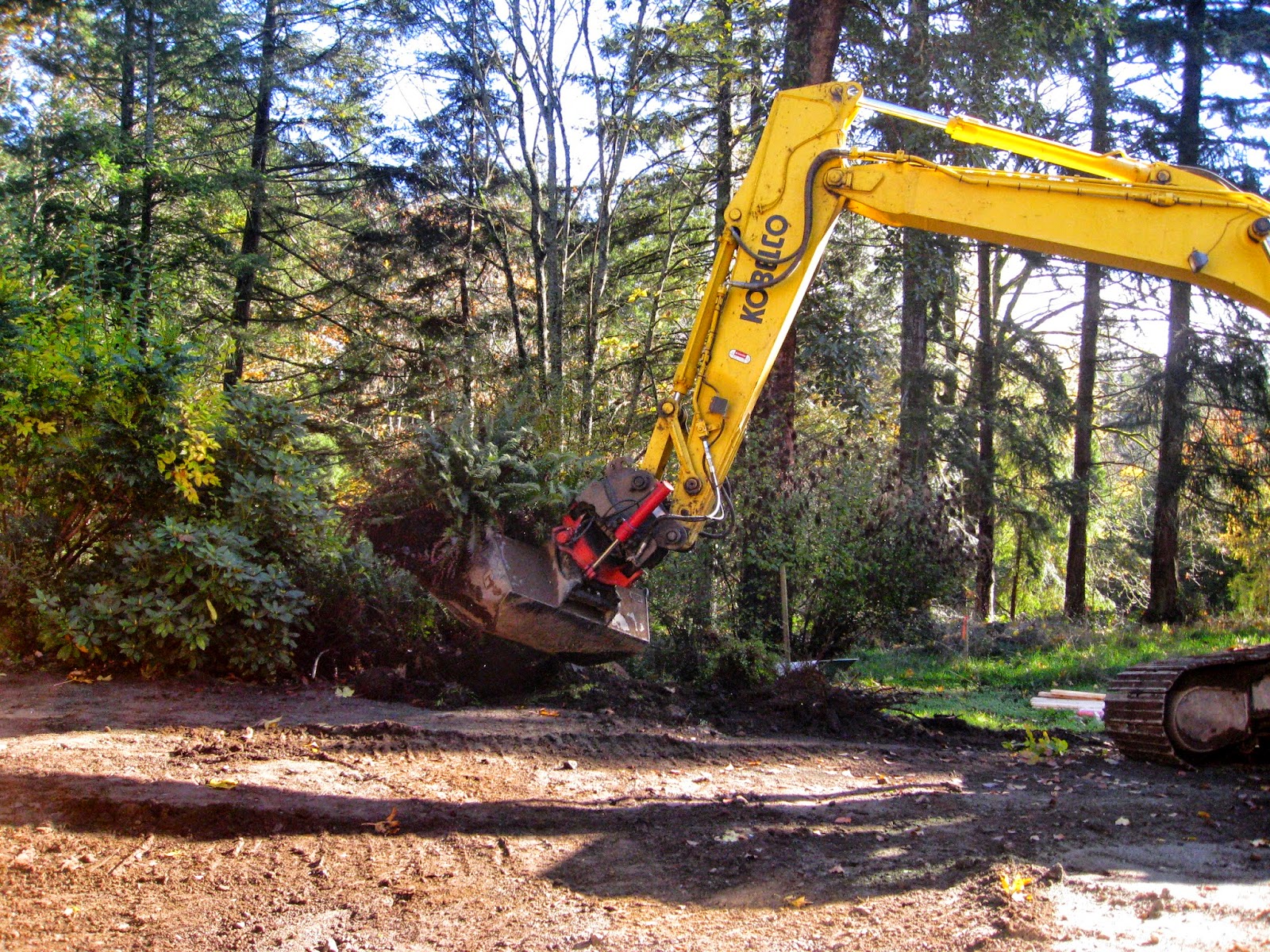 I told Tom which plants I wanted to save. He laid down a bed of soil a safe distance away then scooped up each plant and placed in its new temporary home. I don’t think the plants even noticed what had happened to them.
So, an exciting 1st day in the construction of my new studio.