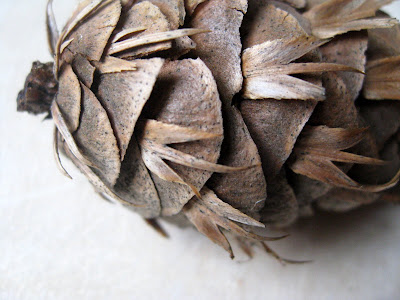 April was ‘Pollen Moon’ because the Douglas-fir released great clouds of yellow-orange pollen from young bright-orange cones high in the trees. This image is of an old Douglas-fir cone. 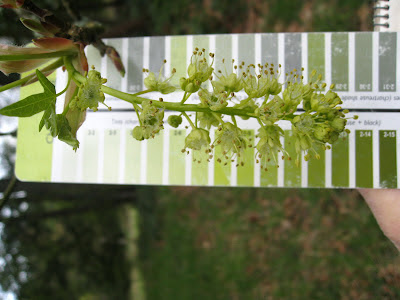 The Maple flowered and released pollen too. 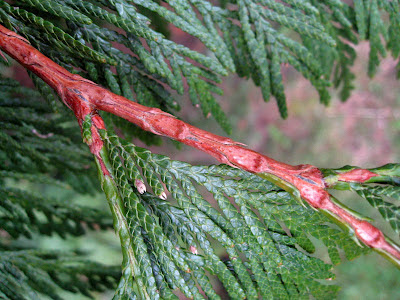 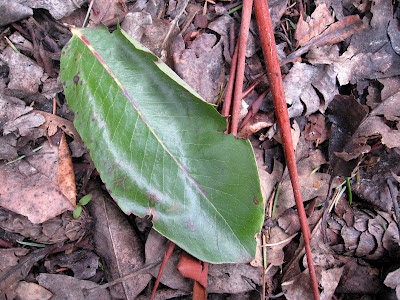 The Arbutus dropped more of its vivid yellow-green leaves and red bark.
I stitched with more intense colours that month.