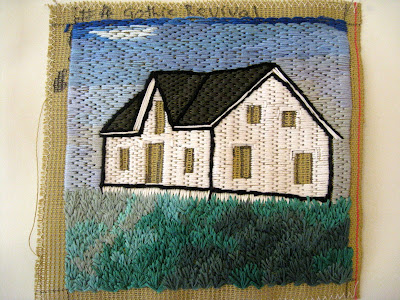 The 5th post card covers the mid to late 19th century when Gothic Revival architecture was all the rage, particularly in the UK. Here is the ‘stamp’ for the post card, a simple wooden version of the style as built around the Bay of Fundy. 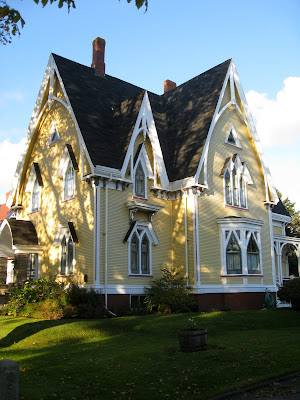 Here is a magnificent example of the Gothic Revival style translated in wood, found in the sea port of Yarmouth. 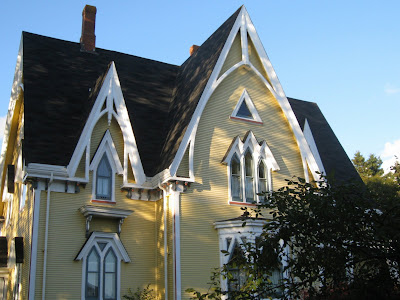 Two identical houses were built (1877-78) side by side by a father for his son and daughter. 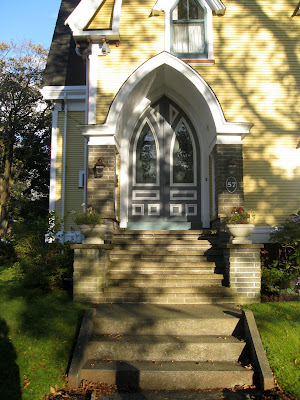 This one survives after the other unfortunately burnt down in 1992. 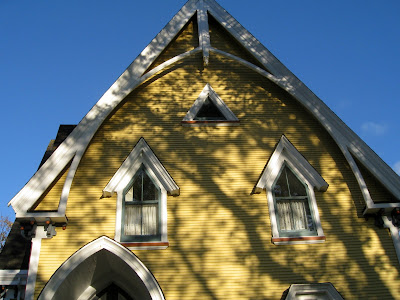 Loving attention was given to the gable and window detailing. 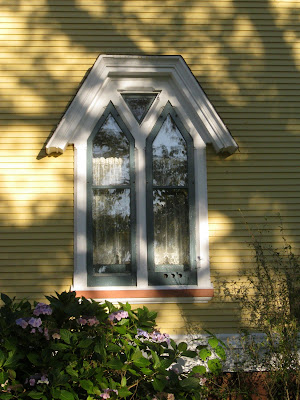