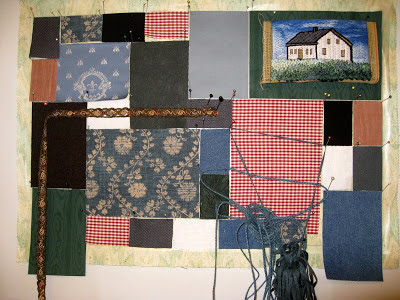 Last post I was wondering which braid to put on the post card. Margaret sent me her opinion in that post’s comments and I have gone with what her suggestion.
My research told me the heavier braid was right because the period covered by the post card was the industrial revolution when all sorts of textile related machines were invented. Many different braiding machines were built to satisfy the fashion demands of the time. But this vintage, metallic braid is too heavy for the work and the wrong colour. I considered the finer blue knit, tube braid but it doesn’t stand out enough. I went with a fine black braid.
Thank you Margaret for your supportive comments. 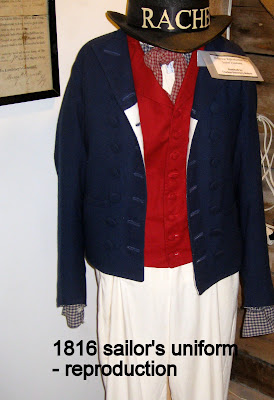 The main source of inspiration for this post card is an 1816 sailor’s uniform, reproduced by Charlene Delouchery-Roberts for a museum located on the shores of the Bay of Fundy. 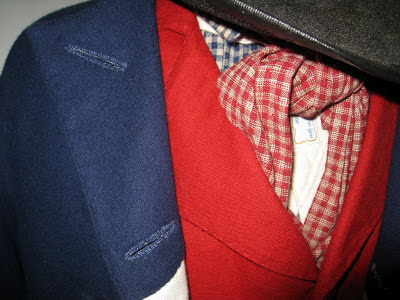 The long-imported Indian ginghams were now being produced by UK mills. 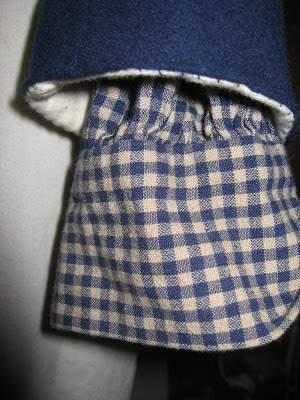 For this post card I used the sailor’s uniform colour scheme and similar textiles: cotton gingham, wool serges and felt.