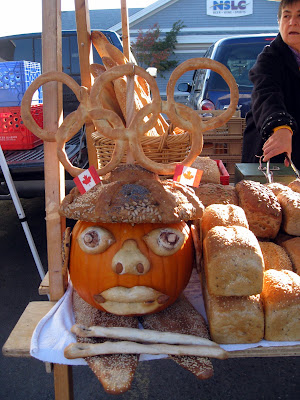 While we were in Wolfville, Nova Scotia, we went to the Saturday market. Remember this is the second town in North America to apply to the Italian organisation for ‘Slow City’ status. Part of the idea is to encourage residents to live off food they produce themselves. Surplus food and products are sold at the weekly market. Consumers are encouraged to preserve, can, bottle and store food for the winter months. 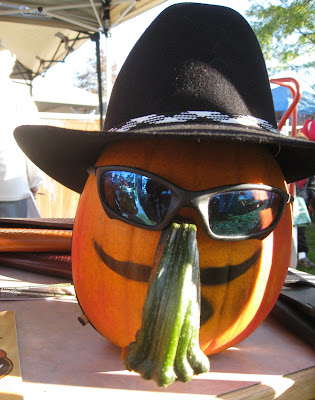 The market this day had a competition for the stall owners. They were to decorate pumpkins. We, the shoppers, were given ballot forms where we could record our favourite pumpkins. And there were prizes. 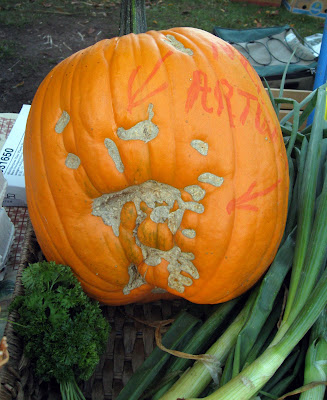 This one nearly got my vote. It is called ‘Hen Art’ and was made by the vegetable store owner’s hens, while the pumpkin was growing.
I think that qualifies as performance art. 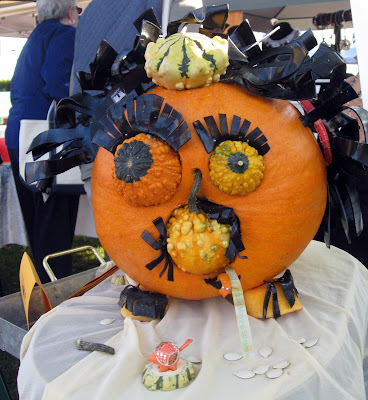 The one I ended up voting for was a rather plain looking pumpkin called ‘Pumpkin Pi’. You guessed it, a couple of students ( I forget to even notice what they were selling) drew with a red Sharpie the formula for pi around the pumpkin. I thought that was clever.