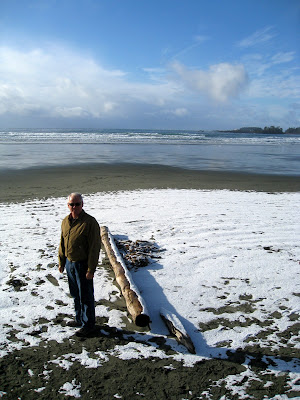 Last week Ron and I went over to the west coast to storm watch (and for our wedding anniversary).
We saw several 1sts, including surfers riding waves while it was snowing.
And we walked on a snow-covered beach for the 1st time. 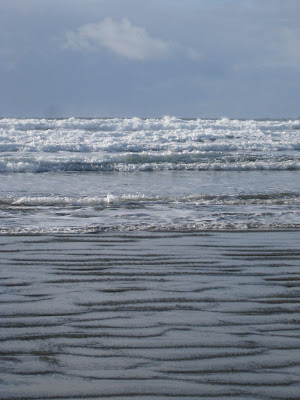 But over all the weather was mild 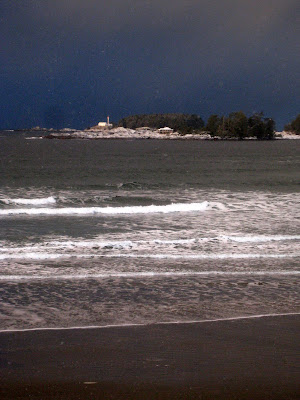 At times it was sunny while it was snowing 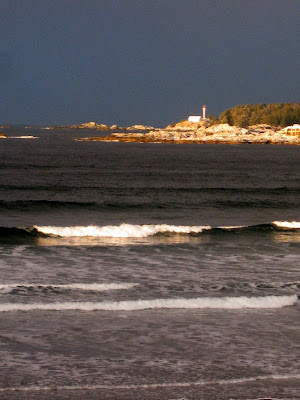 So it was a surprise when we drove back home over 4 mountainous passes on icy, snowy roads to find the storm had happened across Canada, including Victoria (all schools were closed) while we had been in the mildest place in the country.

But last night a wind storm hit Victoria. We lost power twice, the 2nd time we decided to go down to the coast to see what was happening. 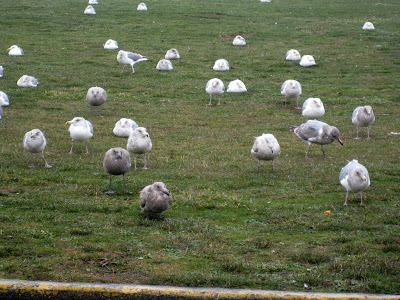 Birds had come in from the sea and all stood facing into the strong winds. 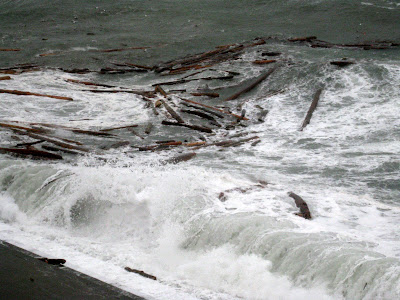 And, finally, we got to see how those massive logs were tossed high up on the beaches like toothpicks. 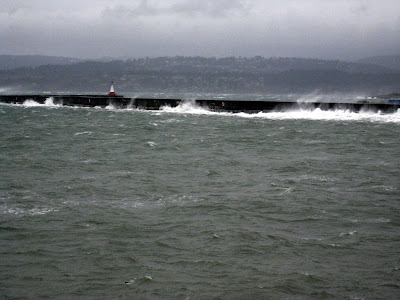 The breakwater at Ogden Point had waves breaking right over it. 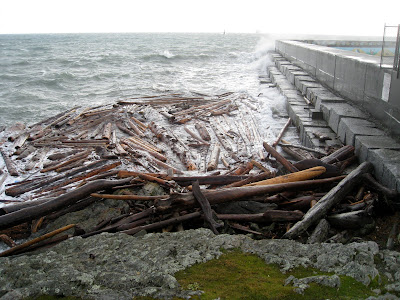 While we were having hot drinks in a cafe to warm up, we phoned home and found the power was restored so we went home. Storm watching over.