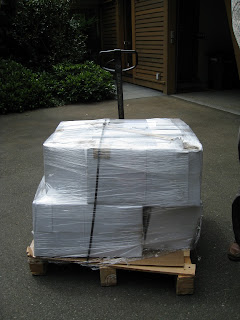 An exciting delivery – the floor tiles. 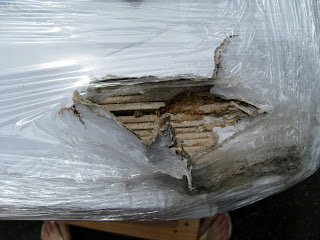 But, oh dear, many of the boxes are damaged and a lot of the tiles appear to be broken. 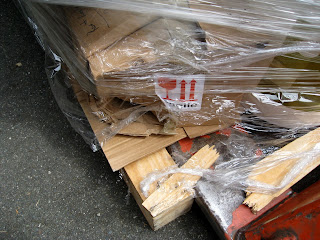 The pallet is broken as though it was dropped.
Adrian, the installer, came by to look at the damage and to assess if there were enough undamaged tiles to do the job. He decided if he used the damaged tiles in the areas where he had to cut he would just have enough. That was a relief because these tiles are made only when ordered. Another order of tiles would take weeks to arrive. It is part of the company’s minimal waste policy. 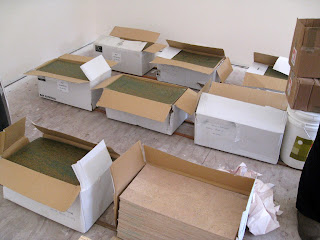 Ron carried all of the boxes into the studio and opened them up. The tiles now have to acclimatise to the interior conditions before they can be laid. 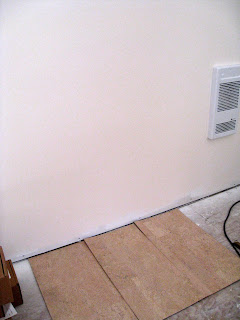 I couldn’t resist laying out a few to get an idea of how they will look.
I am pleased. 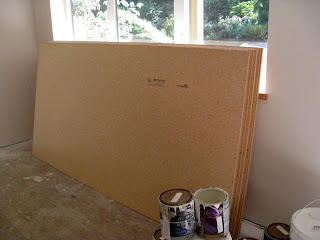 In the meantime, the underlay continues to adjust to the conditions.
The second big disappointment came later in the week when it was found the humidity levels in the studio are still too high to begin laying the tiles next week. The dehumidifier has been going day and night for months and we have been having hot dry days but things have not dried out enough yet. We have to wait another week!