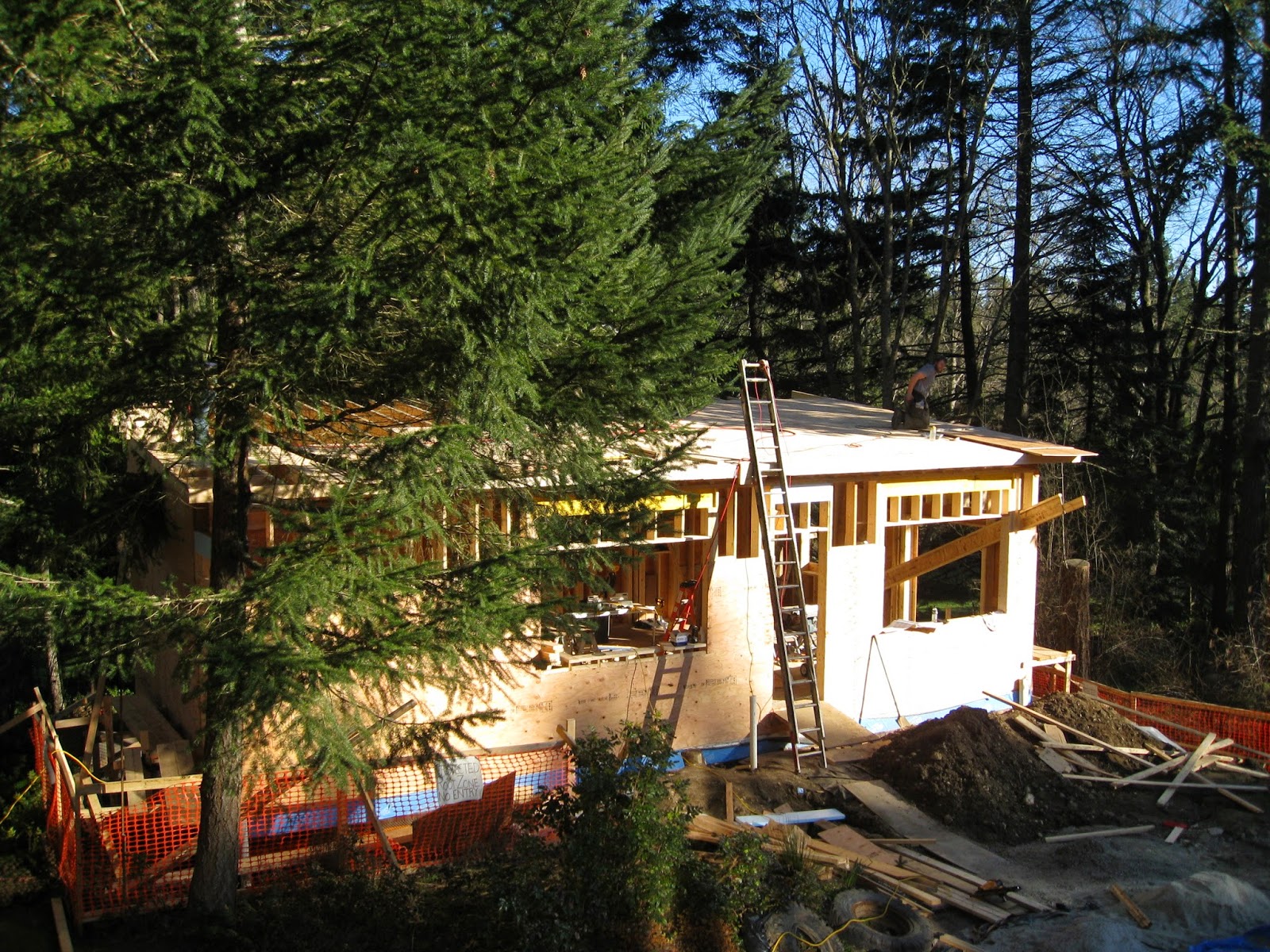 Pattern Language #107 Wings of Light
Modern buildings are often shaped with no concern for natural light – they depend almost entirely on artificial light. But buildings which displace natural light as the major source of illumination are not fit places to spend the days.
The studio is designed to have light entering the building on three sides. 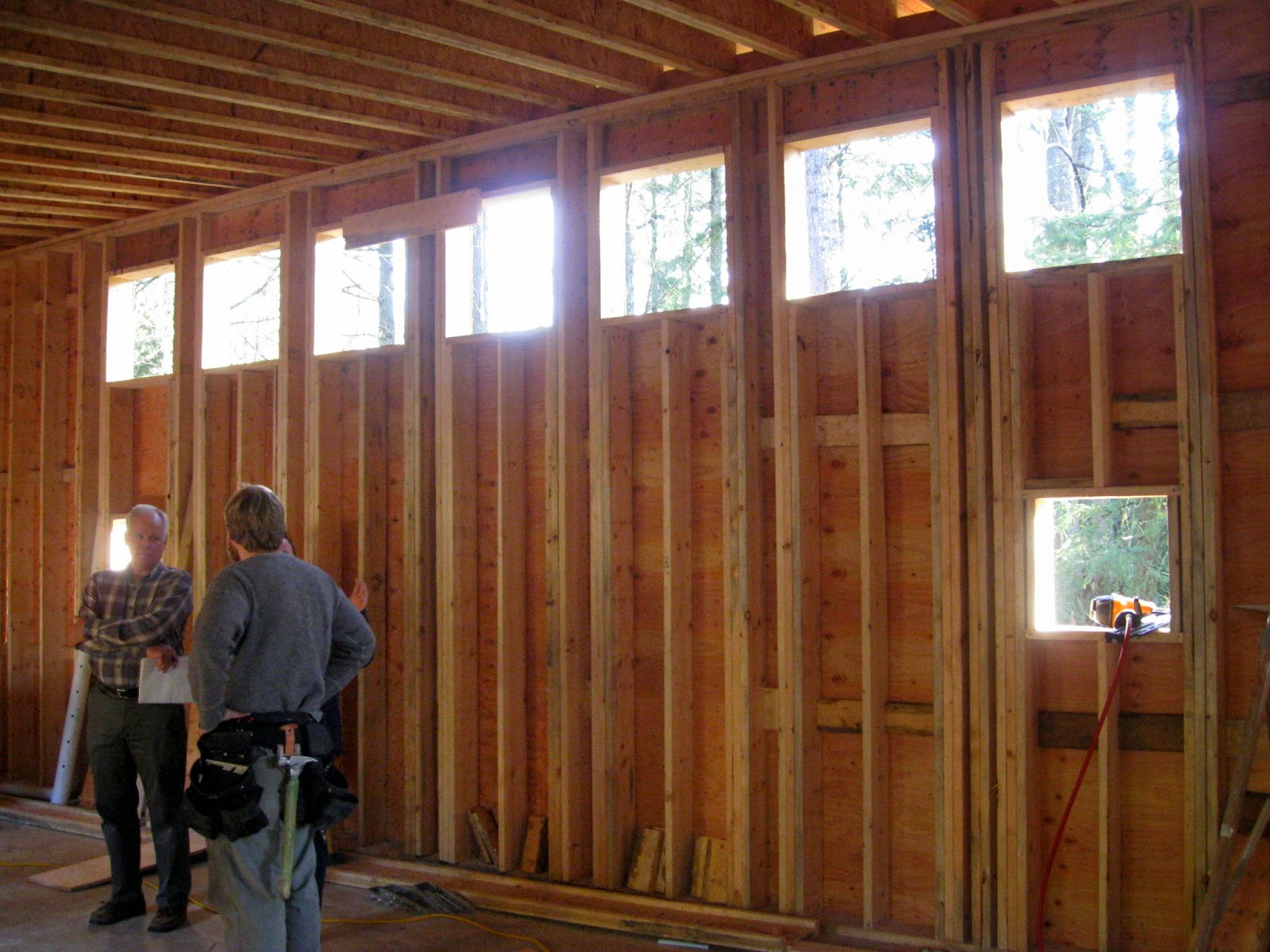 The solution to this problem is: Arrange each building so that it breaks down into wings which correspond, approximately, to the most important natural social groups within the building. make each wing long and as narrow as you can – never more than 25 feet wide.
Our house is long and only 2 rooms wide with windows on all sides. By placing the studio only a few steps away from the house, it is like a private wing of the house. 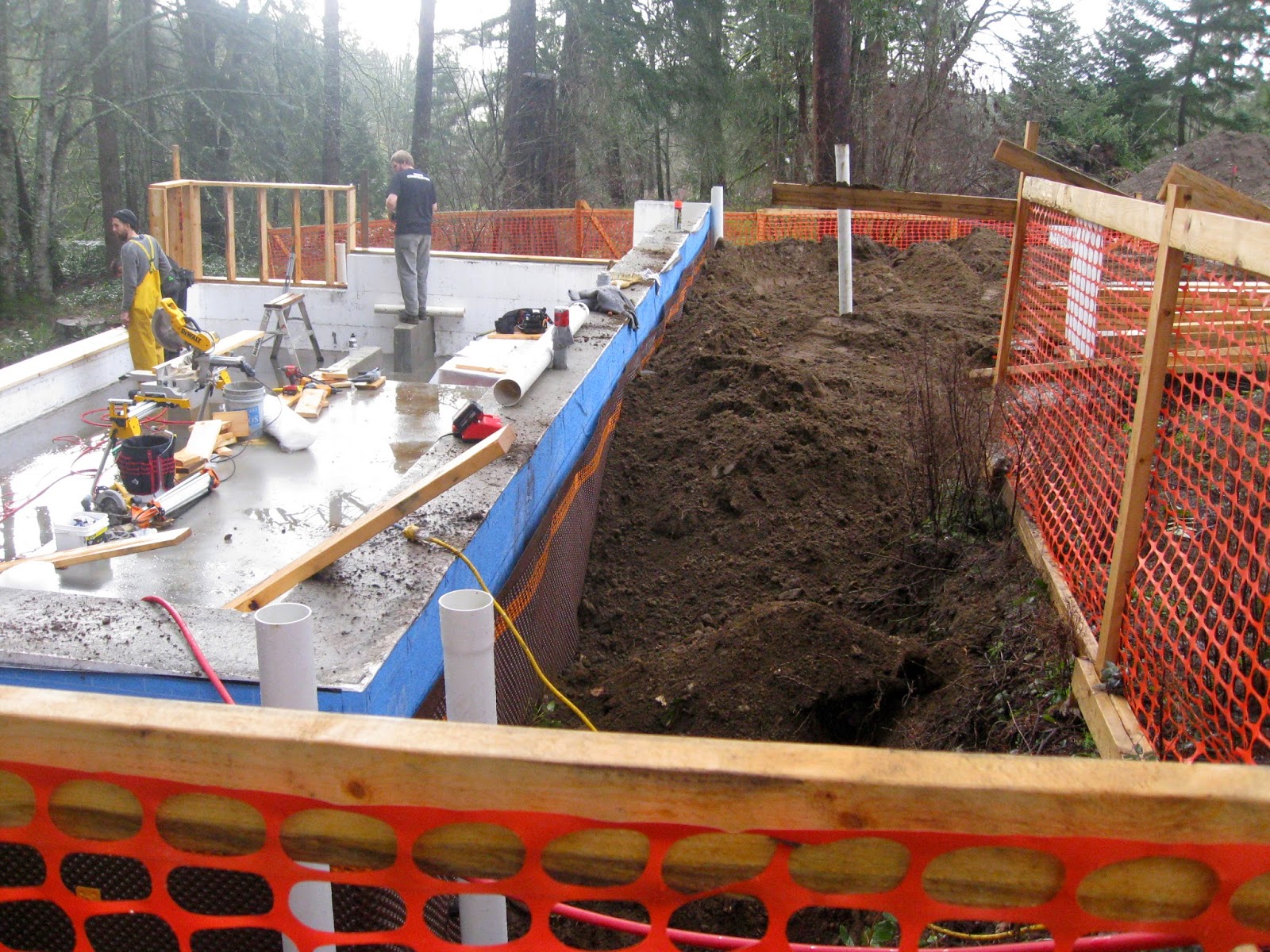 Pattern Language #109 Long Thin House
The problem is: The shape of the building has a great effect on the relative degrees of privacy and overcrowding in it, and this in turn has a critical effect on people’s comfort and well-being.
Another influence on designing a separate building for the studio is to make ‘a room of one’s own’, a private space to work for long periods of uninterrupted time. I want a private space. A shed.
My parents gave me a book about women’s sheds for my birthday. It is about women and their sheds what they are like and what they do in them. This Pinterest board has lots of images from the book.
Women’s Sheds on Pinterest 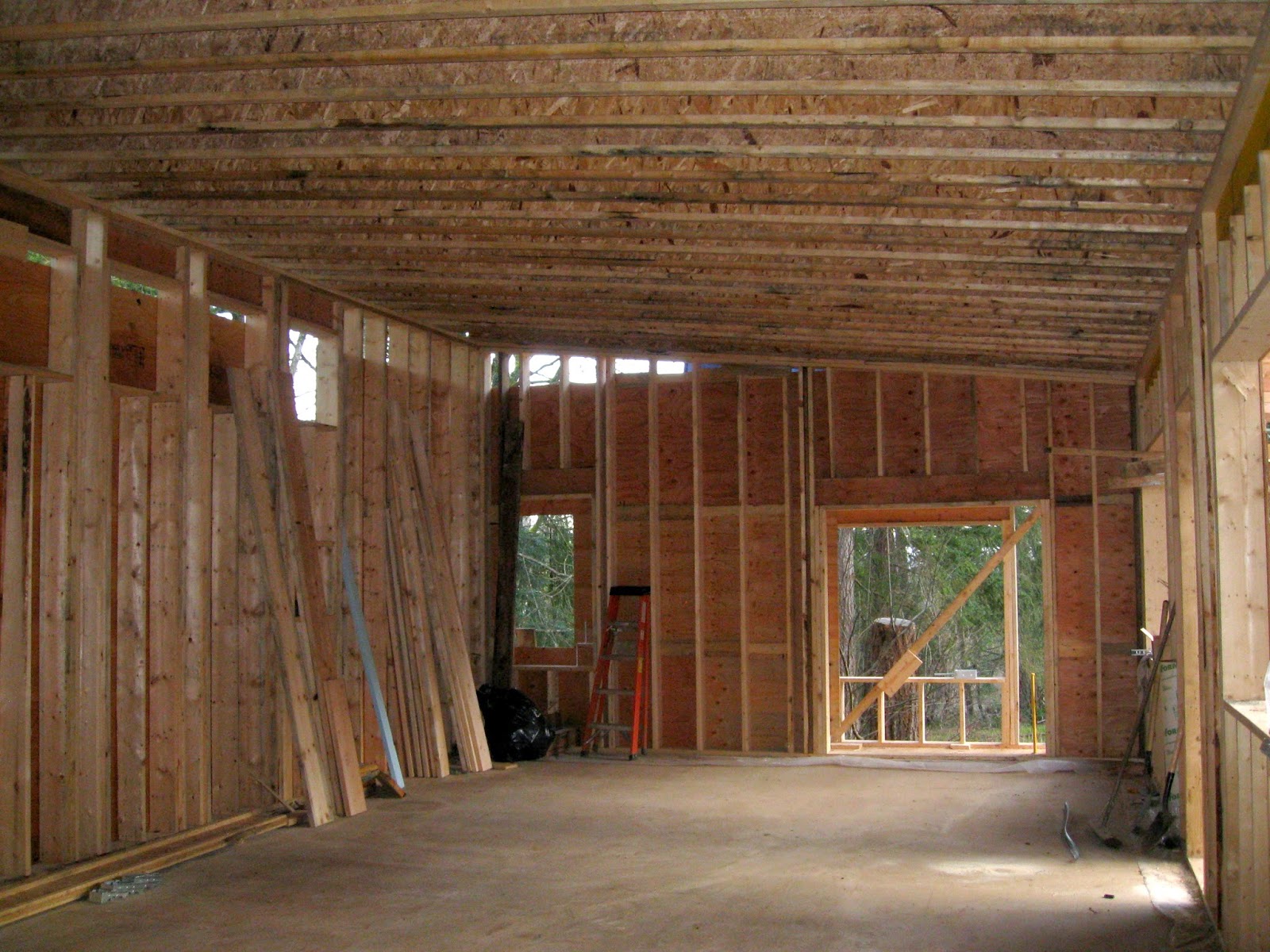 The Pattern Language solution is: In small buildings, don’t cluster all the rooms together around each other; instead string out the rooms one after another, so that distance between each room is as great as it can be. You can do this horizontally – so that the plan becomes a thin, long rectangle; or you can do it vertically – so that the building becomes a tall narrow tower. In either case, the building can be surprisingly narrow and still work – 8, 10, and 12 feet are all quite possible.
The studio’s outside dimensions are 20 feet  wide and 40 feet long as limited by the space between the trees. The walls are 8 inches thick making the inside space smaller.