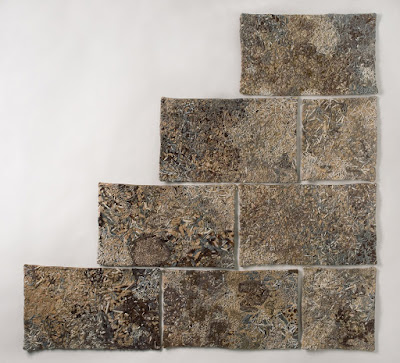 I posted updates about this work, Walls Talk, during its creation. When it was complete I entered it in the 2009 Cheongju International Craft Biennale in Korea. This event is the Cannes Film Festival of Fine Craft – the work of over 1000 artists from more than 40 countries is exhibitied . Canada is the guest country this time (Italy was last time), so the Koreans have built the Canada Pavilion, a 10,000 sq ft gallery space. So Canadian Crafts Federation ran a competition called ‘Unity and Diversity’ to get work to fill the space. When I read the theme of the juried competition I knew they were thinking of my Tyndall stone wall. So I entered it. And it was accepted! 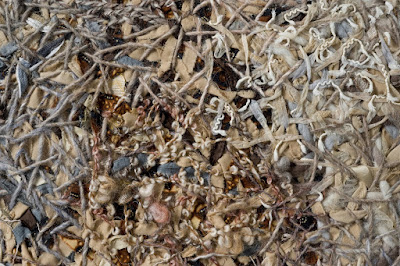 Yesterday, as I wrote out the 4 pages of instructions on how to install it and while I packaged it up, I said goodbye to it just as Martha Cole has recommended we do to our work. It was the last I will see of it for nearly 4 years. It will hang in the Alberta Craft Council gallery along with 29 other Alberta works, until June. Then it will be crated up and shipped to Korea where it will be on exhibit for the 40 days of the biennale, until November. 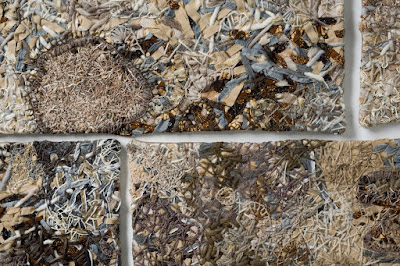 After Korea there are a number of opportunities for it, depending on which event it is picked for. There is going to be a book published on the 120 pieces being sent from Canada. Dr Sandra Alfoldy is writing an essay for the book about the state of craft in Canada based on the work and there will be bios on all of the artists. All great stuff.
I’ll give you reports on Walls Talk’s journeying whenever I hear anything.